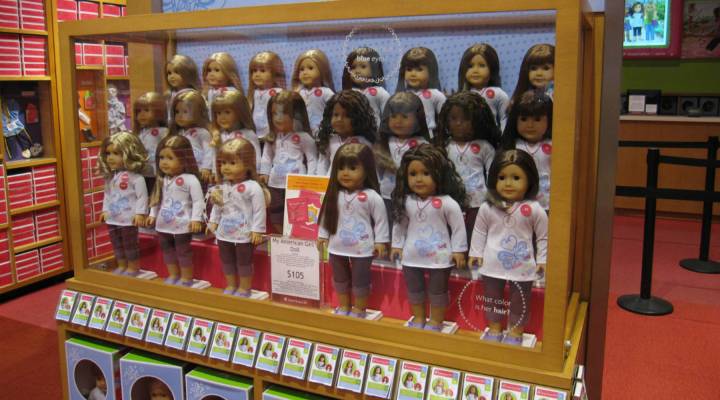 Toymaker Mattel is taking some of its pricey American Girl dolls down market, opening boutiques in about 100 Toys R Us locations. It’s the first time the dolls will be available at a brick-and-mortar retail location other than American Girl’s 20 proprietary stores.

The move comes at a time when sales of the dolls, which cost upward of $100, have been slumping.

“They may be reaching a point where they’ve largely penetrated the households that can afford it,” said Piper Jaffray analyst Stephanie Wissink.

Wissink said American Girl is facing a lot of competition from cheaper, knock-off dolls from the likes of Target and Wal-Mart. And American Girl stores are concentrated in tourist areas and malls, which have their own problems.

Wissink said sales of American Girl dolls at Toys R Us might just cannibalize sales at the proprietary stores. But Jefferies analyst Trevor Young said he thinks the move will be positive.

“This potentially broadens the distribution significantly for the American Girl franchise,” he said.

American Girl has also launched a less pricey line of dolls called WellieWishers, which will hit Toys R Us stores starting this weekend.