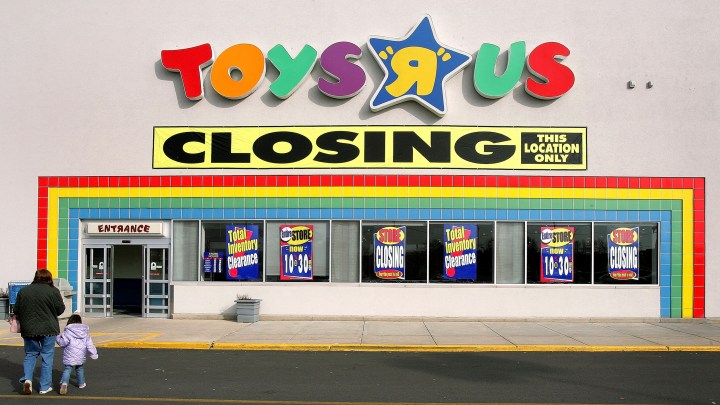 The new Toys R Us? It’s owned by a retail and ecommerce company called Tru Kids, and later this year it’s planning to open two small stores in upscale malls in New Jersey and Texas. These will not be the old “big-box-stores-with-every-toy” version of Toys R Us.

Retail analyst Wendy Liebmann says the new upscale stores will offer kids and parents opportunities to interact with toys. “To experience brands in a space that they’ll be comfortable with, so they can order immediately or experience and go online,” she said.

The company will make its money from toymakers who will pay to create branded play spaces in the new stores and go on gather data from them, Liebmann predicted. “Showcasing these new and emerging products, getting research from who’s buying them, how they’re doing,” she said.

“That can lead to an uptick in traffic when these stores open,” she said.

The first two openings are planned to happen in time for the 2019 holidays. A further 10 stores — or thereabouts — are slated to open next year.