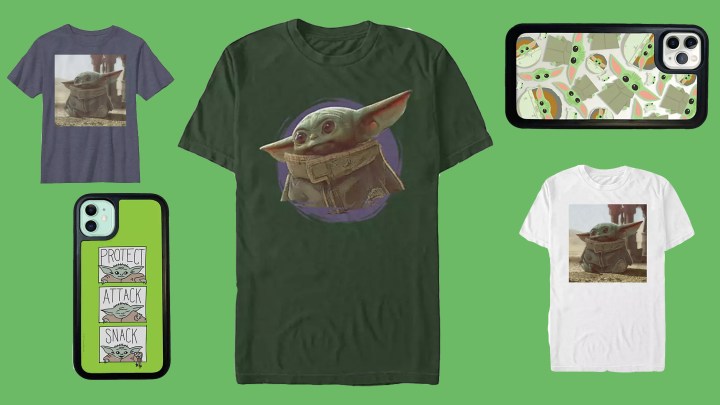 COPY
Disney has some basic Baby Yoda merchandise on its online store, like T-shirts and phone cases. Katherine Wiles/Marketplace, screenshots via shopDisney

Disney has some basic Baby Yoda merchandise on its online store, like T-shirts and phone cases. Katherine Wiles/Marketplace, screenshots via shopDisney
Listen Now

The Child, otherwise called Baby Yoda by everyone not on the Disney Plus streaming series “The Mandalorian,” was unveiled on the show, which is a key part of Disney’s strategy for reaching audiences directly through streaming and extending its “Star Wars” franchise.

But the character arrived without the usual merchandising push that accompanies Disney films and hit characters. Despite the busy holiday shopping season, there were no Baby Yoda toys, plush figures or other products, such as clothes emblazoned with the character’s image.

As Baby Yoda became a near overnight sensation with social media memes, a New Yorker cartoon and the obsessive efforts of fans to figure out the character’s back story, the lack of merchandising left an opening for unofficial merchandise to proliferate online. On Etsy alone, a wide selection of products popped up: Baby Yoda crocheted dolls, tree ornaments, T-shirts and others.

“We never thought it would get as popular as it did,” Brar said. “No product has ever kind of been this popular. … And we’ve kind of just been working around the clock to make sure all the orders go out on time.”

So why wasn’t Disney positioned to take advantage of the holiday shopping season and the coinciding popularity of the new character?

The answer is that it was a strategic decision, according to Stephanie Wissink, a consumer products analyst at Jefferies. Disney withheld merchandising to “create excitement,” Wissink said.

“The Mandalorian’s” creator Jon Favreau explained that he asked Disney to withhold toys because they take so much advance preparation to create, which would have risked the character’s existence leaking out before its surprise debut.

“I have to thank Disney and Lucasfilm, because the way the cat usually gets out of the bag with that stuff is merchandising and toy catalogs and things like that. So they really back us up. We really wanted to have it be that you had to watch it yourself, so that every time you watch the show, there are new twists and secrets that come out,” Favreau told “Entertainment Tonight.”

Within weeks of Baby Yoda’s debut, the online Disney store had available for purchase some simple-to-make items: T-shirts and phone cases with the character’s image and bobbleheads. But toys will take longer, because they take months to prototype, manufacture and bring to market. Toys and action figures are available for preorder now on the Disney online store, arriving no earlier than February.

“What we’ve seen in the toy marketplace is that type of product will arrive at retail in March, April and May of next year, just based on how the supply chain … works,” Wissink said.

The final episode of the Skywalker Saga, “The Rise of Skywalker,” is now in theaters, and it will be three years until the next movie in the “Star Wars” franchise. In between, the media giant plans to keep “Star Wars” in the forefront through at least two series on its new streaming service, including “The Mandalorian.”

The Disney Plus service is a key part of Disney CEO Bob Iger’s plans for the media giant to more directly interact with consumers in order to understand their behaviors and give them relevant content and exploit retail opportunities.

“So if someone has bought Disney Plus and we know that they’re a … huge “Star Wars” fan, we may be able to figure out how to give them discounts on buying “Star Wars” goods or visit Galaxy’s Edge at Disneyland or Disney World — those sorts of things,” Iger said at a public forum earlier this year. 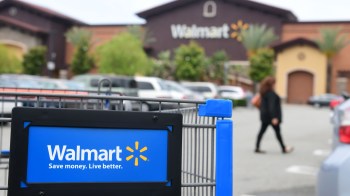