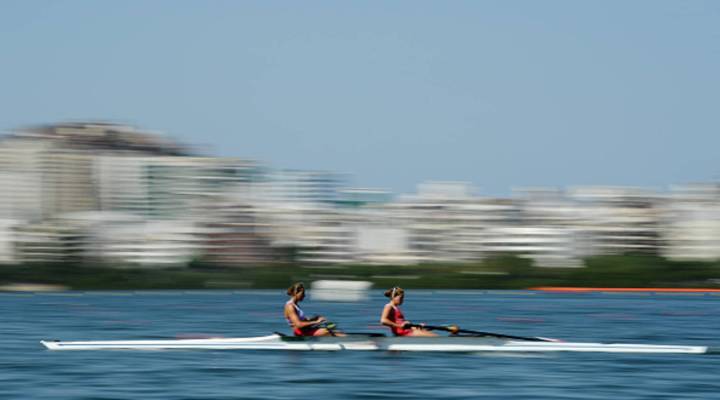 COPY
Athletes practice on Lagoa Rodrigo de Freitas, the site of the Olympic rowing venue for the 2016 Summer Olympic Games on on August 5, 2016 in Rio de Janeiro, Brazil.    (Photo by Matthias Hangst/Getty Images)

It’s not just Zika, and the economy, and politics causing concern at the Olympics this year.

As teams from across the world prepare to take to the sea for swimming, sailing, rowing and canoeing events, they’re worrying about water. Water quality in Rio is a major concern for athletes who could get sick touching or swallowing just a bit of it, but it’s also a huge issue for Brazilians, day in, day out — the games are just shining a light on the topic.

About 50 percent of what Brazilians flush down the toilet ends up in the country’s waterways. Diseases related to contaminated water are the second leading cause of death for children under five in Brazil. And Brazil is far from the only country with water problems. Access to clean water is an issue all around the world, particularly in developing countries.

Even in the United States, where there are pretty strict standards for water quality in recreational waterways and for drinking water, problems crop up — like sewage overflow during rainstorms, in New York, or lead poisoning in Flint, Mich.

Zoë Schlanger, senior writer at Newsweek, joined Marketplace Weekend to discuss water issues at the Rio Olympics and beyond.