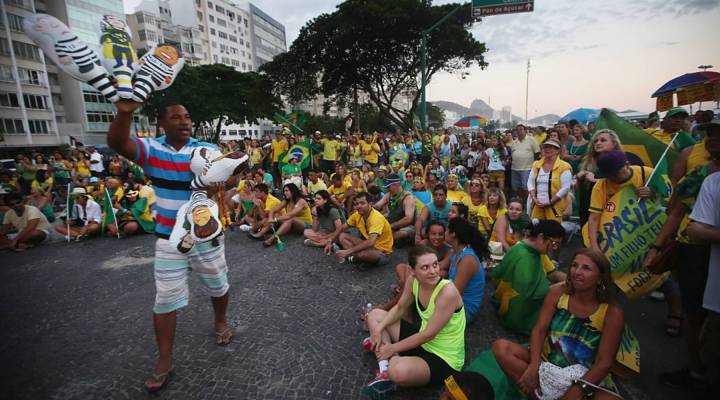 Brazil has been having arguably more than its share of problems of late. It’s an emerging economy that’s definitely not emerging anymore. Then there’s the Zika virus and troubled preparations for the Olympics slated for this summer.  And, as of yesterday, a president in deep and serious trouble. The lower house of the Brazilian Congress has voted to impeach President Dilma Rousseff.

This is the worst recession [in Brazil] in over two decades and a lot of people point to President Rousseff for the problems in the economy. Brazil was one of the fastest-growing economies in the past decade but a lot of that had to do with China’s strong growth and the high prices of commodities… But it turned out commodities never became as pricey as before and Brazil is now suffering a lot from that.