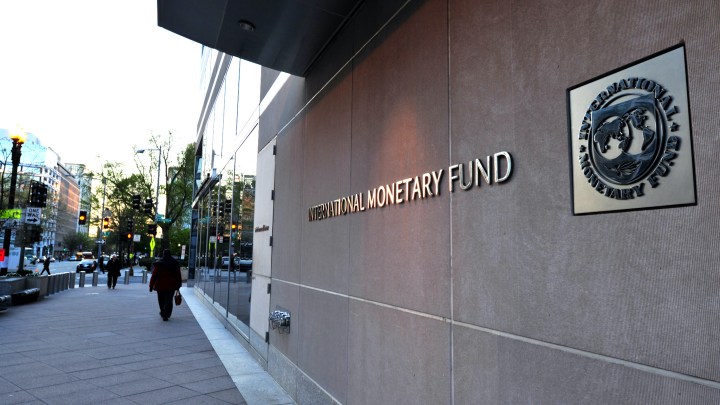 COPY
As some countries recover, interest rates rise, making it harder for the economies of other countries to rebound. Karen Bleier/AFP via Getty Images

As some countries recover, interest rates rise, making it harder for the economies of other countries to rebound. Karen Bleier/AFP via Getty Images
Listen Now

The International Monetary Fund is expected to deliver some good news Tuesday — the worldwide economic expansion this year will be higher than it had last predicted, somewhere north of 5.5%. But the global financial institution also has a word of caution: That number is hiding a lot of unequal growth. We’re not all getting out of the pandemic at the same time. And that may leave lasting damage.

Latin America’s in trouble too. The dividing line between rich and poor countries isn’t neat and tidy, said Adam Posen at the Peterson Institute for International Economics.

Part of this global divergence is in the coronavirus vaccine — some, mostly rich, countries have a lot of it. Most middle-income and poor countries have very little.

But vaccines fight the virus. To fight recession, you also need money — for example, trillions of dollars in stimulus — which lots of countries don’t have.

“They don’t have the space to either spend the money or borrow the money from markets and sustain their businesses and households,” said Masood Ahmed, president of the Center for Global Development.

There’s also a cruel irony in the U.S.’ rapid economic recovery. As it and other countries spend their way to health, interest rates rise.

Meaning that as richer countries heal, it makes it a little harder for some poorer ones to do so.