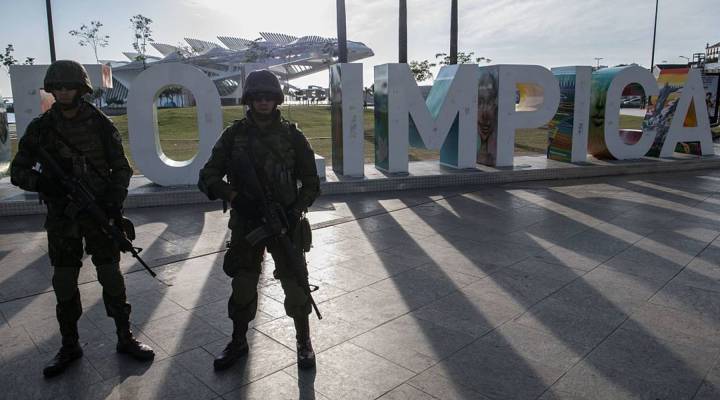 The summer Olympics are just a few weeks away and all eyes are on Brazil, for all of the wrong reasons. The country is in the midst of several crises, including a presidential impeachment, a recession and several public health concerns. As the world watches, the question that comes to mind is: will the country be able to pull this off?

Julia Carniero, a correspondent for the BBC in Rio, spoke to Marketplace about where Brazil stands in anticipation for the games.

On whether Brazil will be ready in time:

The International Olympic Committee this week has concluded their final visit to Rio ahead of the games, and they say Rio is ready to welcome the world and the city and the venues are ready for action. There are big infrastructure projects that are still to be delivered, namely the subway line to connect the city, the main tourist neighborhood, to Barra, that’s the neighborhood where the Olympic park has been built. That is only going to be delivered on August 1st, which is a few days before the opening ceremony on August 5th. So that’s really cutting it close.

On how Brazilians feel about hosting the Olympics:

There’s quite a sense of disappointment. If we look back at 2009, when Rio won the bid, and all of the expectations that there was back then of the games, the potential that the games had to transform the city and to bring change — many of the promises that were made back then were not fulfilled. Especially cleaning up the Guanabara Bay, where the sailing competitions will be held, that was not done. So, of course this brings lots of disappointment to the city and leads to the questions of the day after. What legacy will be left?