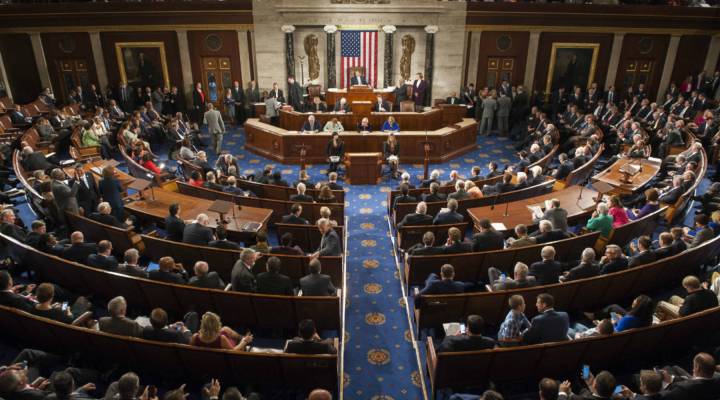 COPY
A view of the House of Representatives Chamber in Washington, D.C. in 2015. A Koch-backed group is spending millions in Ohio, Nevada and Pennsylvania — states that are key to maintaining a Republican-majority Congress.  SAUL LOEB/AFP/Getty Images

A view of the House of Representatives Chamber in Washington, D.C. in 2015. A Koch-backed group is spending millions in Ohio, Nevada and Pennsylvania — states that are key to maintaining a Republican-majority Congress.  SAUL LOEB/AFP/Getty Images
Listen Now

It’s no secret that the Kochs don’t care for Donald Trump and won’t be giving him any money for his presidential campaign. But the decision to focus down-ballot is also about getting bang for the buck.

Josh Stewart, deputy communications director with the Sunlight Foundation, which tracks money in politics, said the Kochs are good at business and this is just another business move.

“A little money goes a long way at the local level,” he said. “The presidential election is going to cost in the billions on each side, so even if you spend $50 million, that’s a drop in the bucket.”

And it’s not just the Kochs. Other donors are following suit.

Eleanor Neff Powell, assistant professor of political science at the University of Wisconsin-Madison, said some of that has to do with a lot of that donor money being less concerned about particular candidates, but instead particular issues.

“Strategically, in terms of impact on policymaking, it’s not a crazy decision,” she said.

A group backed by the Kochs said it will invest almost $4 million in Ohio, Nevada and Pennsylvania. Those are important battleground states and keys to keeping the Republican majority in Congress.