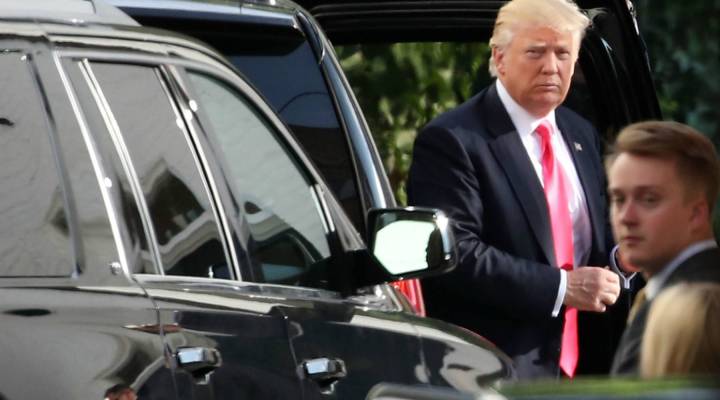 Presumptive Republican presidential nominee Donald Trump said he’ll unify the Republican party, but in the meantime, he’s helping unify a strategy for some Democrats. The main fundraising group for House Democrats plans to run ads earlier than ever this campaign, and will spend more than a million dollars targeting voters uneasy with some of Trump’s rhetoric.

Some Democrats are already using anti-Trump sentiment to raise money and their profiles. J.J. Balaban of Democratic ad shop the Campaign Group already has ads that portray local candidates as running against Trump, as much against their local opponents.

“He is a unifying figure among Democrats,” Balaban said of Trump, “and the prospect of running against Donald Trump and being able to tie your opponent to Donald Trump is one that’s very appealing to Democrats around the country.”

But Republicans know what’s coming, and so many of their donors are giving cash to congressional races instead.

Howard University political science professor Michael Fauntroy said with that shift, Democrats could win the White House, “but end up facing a more obstinate and recalcitrant and angrier Senate and House in part because those big-time money people decided at the last second to try to… keep it in the hands of the Republicans by pouring all their money there.”

So while the presidential race may get all the attention, money is beginning to flow, as politicos say “down ballot.”