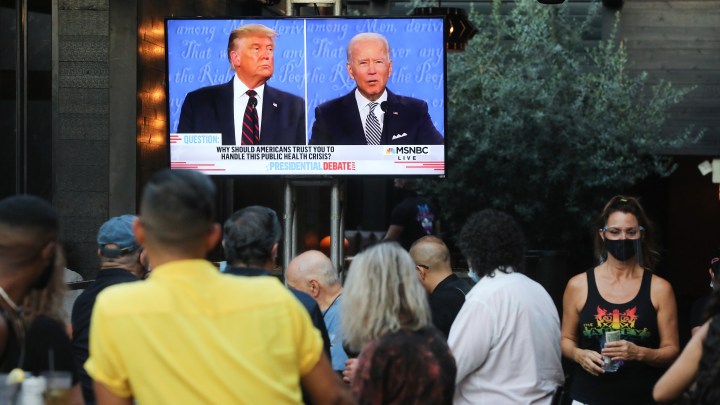 This campaign season, a lot more people want to be engaged in politics —and are willing to spend on it, according to the Center for Responsive Politics. This election will probably end up costing almost $11 billion, including money spent by presidential and congressional candidates, political parties and interest groups trying to influence federal elections.

And one segment of donors is getting larger.

Big money donors still play the biggest role in funding campaigns: Just 100 people have contributed 8% of the money in federal races. But according to the Center for Responsive politics, donors who give less than $200 are starting to catch up.

“They’ve contributed 22% of all donations so far, which is much larger than in previous cycles,” said Sarah Bryner, research director for the CRP.

She said that’s up from 14% four years ago. This year’s small-dollar total will be almost $2 billion, which “is a lot of money coming from people who have been affected by the pandemic, by the recession,” Bryner said.

And also despite the pandemic putting a damper on traditional fundraising events.

“I think that it just goes to show how concerned people are going into this election,” Bryner said.

Another reason for the rise of the small-dollar donor: technology. Online donation platforms aren’t limited by lockdowns.

“It’s much easier to give now. ActBlue on the Democratic side and, increasingly, WinRed on the Republican side have made it very easy for somebody to give $5 or $10 to a candidate,” said David Primo, professor of political science and business administration at the University of Rochester.

“Small donations are now in the billions of dollars,” he said. “And that’s not something we would have seen a decade ago.”

Back then, small-dollar donors played a much smaller role. This year, they’re giving more than PACs and super PACs combined.