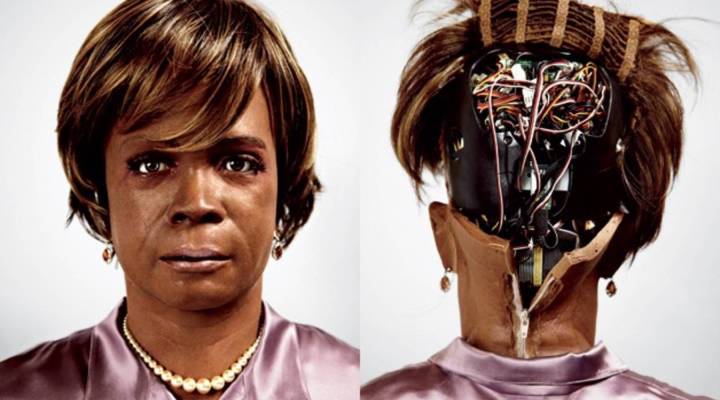 This robot wants your memories

COPY
BINA48 is a humanoid robot, consisting of a bust-like head and shoulders mounted on a frame, developed by Hanson Robots. She uses artificial intelligence based on the memories, attitudes, beliefs and mannerisms of a human being to interact with people Hanson Robotics

This robot wants your memories

BINA48 is a humanoid robot, consisting of a bust-like head and shoulders mounted on a frame, developed by Hanson Robots. She uses artificial intelligence based on the memories, attitudes, beliefs and mannerisms of a human being to interact with people Hanson Robotics
Listen Now

There’s been a lot of chatter about artificial intelligence recently. Sometimes they’re beating humans at board games or composing music, but they are all still very … robotic. But in Vermont, the Terasem Movement Foundation is pioneering a new kind of AI geared to be almost completely human, programmed with users memories, thoughts and feelings. To test out the software, the organization created a sentient chatbot, Bina48, a human-robot hybrid.

Bruce Duncan is the managing director at the Terasem Movement Foundation. He spoke with Marketplace’s Kai Ryssdal.

On the Terasem Movement Foundation:

The Terasem Movement Foundation is a private nonprofit research foundation in northern Vermont, and our primary charge is to explore the possibility of using people’s life story information, their memories, their attitudes, beliefs, anything that’s like in a photograph, a video, maybe a journal, upload it to a computer and one day, can that information be used to reanimate their personality? For example, you may be able to upload your personality into your smartphone.

Right now we have Bina48, who is right now what people would recognize currently as a kind of a chatbot sentient level of AI. But nonetheless, it makes use of a person’s mind file, in this case the mind file of a specific person. Her name is Bina Rothblatt. She volunteered to undergo 80-plus hours of really pretty in-depth interviews about her life, about her childhood, about her experiences growing up as an African-American female in the United States. And that information is what provides the raw data for the programming and algorithms that were developed to create an interactive or social android. On the hardware side, David Hansen did a nice lifelike laser scan of the human subject, and that information allowed us to create a very realistic looking glimpse of what a mind file operating in a robot might look like. 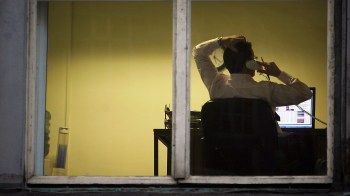