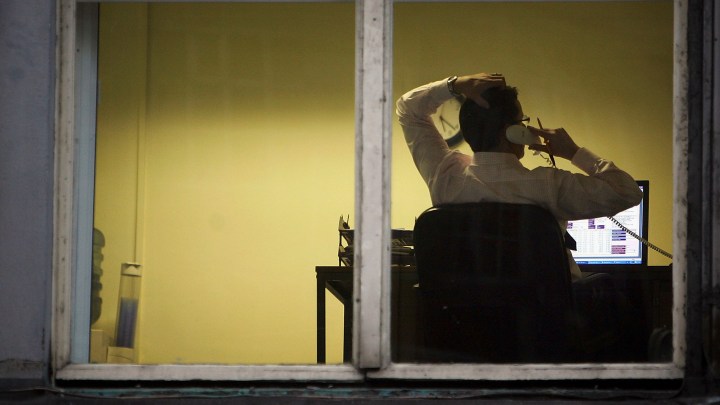 AI could be used for menial tasks, like budgeting or scheduling. Christopher Furlong/Getty Images
Listen Now

Artificial intelligence and robots are spreading in workplaces around the world. About half of the workers surveyed by Oracle and HR research firm Future Workplace say they use AI in their work, up from about a third of workers around the world last year. About two-thirds say they’re excited about the promise of this technology.

The idea of artificial intelligence sometimes brings to mind evil robots like the Terminator or HAL9000 from “2001: A Space Odyssey,” rising up against humans. But Oracle’s Emily He says most workplace AI applications today are aiming a little lower than sentient world domination: “simple things like what’s my vacation balance or what’s the 401(k) policy?”

He said the majority of workers surveyed actually prefer to use AI tech for tasks like getting impartial information, scheduling or budgeting, rather than asking a manager.

These apps and voice assistants aren’t trying to replicate complex human thought, they’re doing more of the menial work that takes up so much of our office lives, according to Kristin Sharp, a senior fellow with the New America Foundation.

“It replaces a lot of the things that we think of as repetitive or drudgery-based tasks and allows people to do the things that require human discretion,” like giving emotional support or brainstorming new ideas, she said.

But more than 75% of people in the Oracle survey said it’s hard to keep up with all the new tech at work.