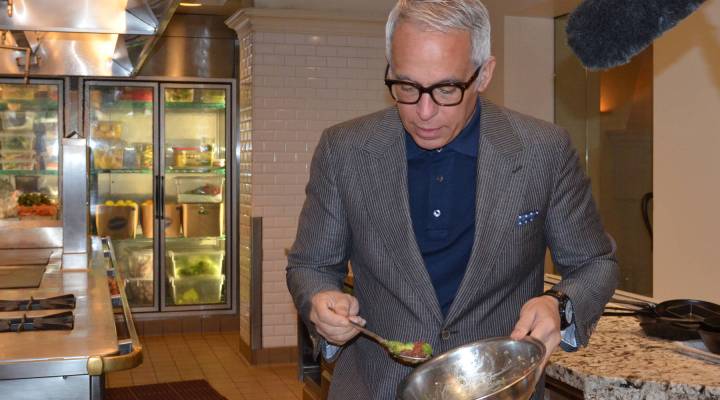 Geoffrey Zakarian has been a chef restaurateur for over 30 years. Although Zakarian earned his degree in economics and urban studies, he rose to culinary prominence after realizing his passion while traveling in France.

“I came from a Middle Eastern family, and whether you know it or not, if you’re Middle Eastern, Italian, Jewish, especially Italian – it’s food. It’s food in the morning, [then] what are we eating for lunch? And then Mom, breakfast was done, [then] she would start cooking for lunch,” said Zakarian. “The conversation is about the next meal. And that gets in you.”

Outside of the kitchen, Zakarian is the chairman of the City Harvest Food Council, a food rescue organization dedicated to fighting hunger in New York City, an author and a television personality. He first appeared on Season 1 of the Food Network’s hit show “Chopped,” and has been a judge on that show ever since. He also won Season 4 of “The Next Iron Chef: Super Chefs.” His newest Food Network show is called “The Kitchen,” and it premiered in January 2014.

“One show led to another, and that’s how it is on the Food Network. Fortunately for me, they use the talent that they’ve had. So, if you’re reliable and they like you, and the public likes you, they use you for other shows. So, when I won “Iron Chef,” people said ‘I never knew you could cook.’ They thought I was only a judge.”

Zakarian’s latest venture opened up in Beverly Hills this June: Georgie and the Garden Bar, at Montage Beverly Hills. Georgie is a modern American restaurant that is open for breakfast, lunch and dinner. The Garden Bar, right across the hallway from Georgie’s, is a cocktail lounge. 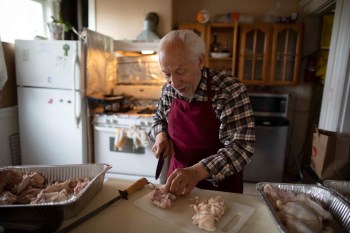