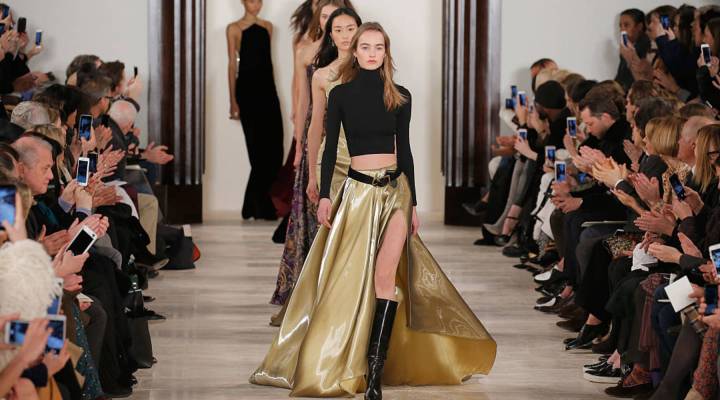 Ralph Lauren’s chief executive met with analysts today and laid out a closet full of details on the company’s turnaround plan. One key: make the pony less ubiquitous. Ralph Lauren will close 50 or more stores and cut shipments to department stores. In a sense, the famous brand wants its brand back.

If you shop at Macy’s or Kohl’s or JC Penny, please don’t be offended. But there are people out there who think luxury brands like Ralph Lauren don’t even belong in the same sentence as these department stores. Houman Salem, CEO of Argyle Company, fashion retail consultants, is one of them.

“They have no business being in a JCPenny or a Sear’s or a Kohl’s because again, it’s a disconnect between who those customers are and what the brand intends to be,” Salem said.

The brand intends to be luxury. But when department store shoppers come armed with coupons and buy those brands at a discount, Salem said, something happens.

“They dilute the brand, they alienate their core customer groups, and as a result, they are now, Prada is one of them certainly, Ralph Lauren and many others, are realizing that that was a bad idea,” he said.

Russ Winer, a marketing professor at New York University, said Ralph Lauren needs to figure out how to keep profit margins high, “which usually means not only high prices, but also as little discounting as they can.”

That means selling less at outlet stores and more at high-end stores like Saks and Nordstrom.

But he says even with smaller price tags, he’s not a fan. Those really big ponies on the shirts? Winer thinks they’re a little garish.