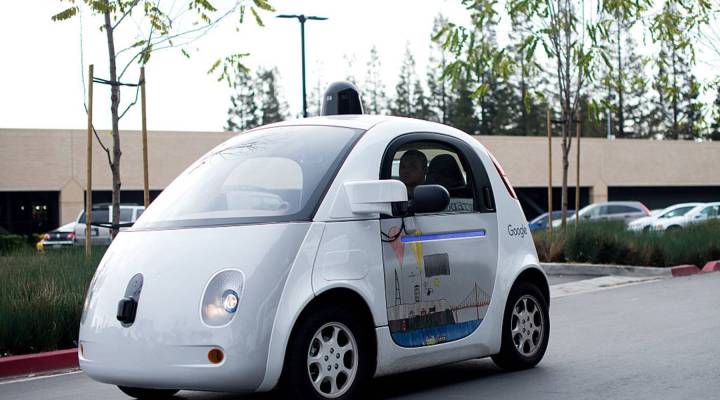 In some ways people are still smarter than machines.  Like when it comes to recognizing a pothole might be coming up on a bumpy stretch of road.

“Humans often have a sort of an intuitive sense as to where road damage might be,” said Ed Kim, vice president of industry analysis at automotive market research and consulting firm, Auto Pacific.

As for self-driving cars – that’s a skill they’re still working on.  Then there’s that whole knowing-how-to-stay-in-the-lane thing. A lot of autonomous cars rely on sensors to read lines on the road, which means navigating less than pristine markings can be tough.

“In cities like New York City, lane markings can often be simply suggestions as opposed to actual, defined markers that all cars follow,” said Kim.

While self-driving cars are being tested out in as many as 17 states, many are encountering problems that aren’t under the hood. At the recent LA Auto show, a top executive from Volvo grumbled that the lane markings were in such bad shape, the company’s car just couldn’t drive itself. Self-driving cars, it seems, are only as smart as the road they’re driving on.

Another hurdle to a future filled with autonomous cars is traffic. But perhaps not the kind that you’re thinking of. Instead, imagine that you’re a passenger on a long road trip. Perhaps, to kill time, you’re watching a movie on your phone.

“Think about the fact that you now have thouasands and thousands of people out on the road trying to compete for that information at th same time,” said Michael Pack, director of the University of Maryland’s Center for Advanced Transportation Technology.

“When you’re driving 60-70 miles per hour down the interstate you want to be absolutely sure that your vehicle is going to be able to communicate quickly and clearly with all the vehicles around it.”

Pack notes that self-driving cars need to process their location, speed and directions, which could use a lot of data.

But Brad Templeton, who helped work on Google’s driverless car, says maybe it’s the cars that need to get better, not us.

“It’s the cars that are using simpler technology that haven’t figured out how they can drive on what the real world has,” he said.

So maybe the future is here. Almost.