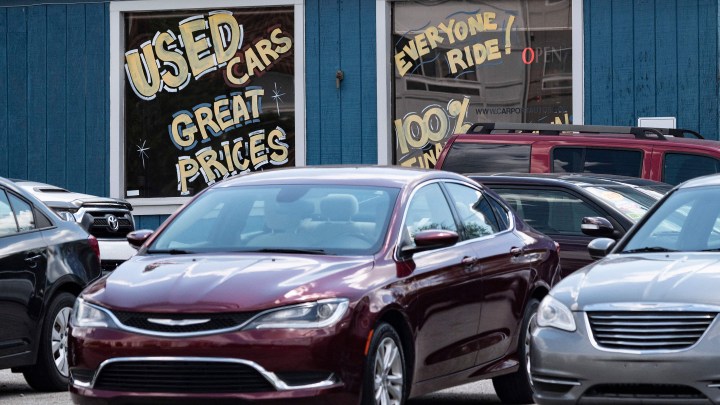 COPY
That's because the quality of vehicles has only improved over time, and because people didn't drive as much during the pandemic. Jim Watson/AFP via Getty Images

That's because the quality of vehicles has only improved over time, and because people didn't drive as much during the pandemic. Jim Watson/AFP via Getty Images
Listen Now

The average car on the road in the U.S. right now is more than 12 years old, and that’s a record, according to the research firm IHS Markit. Why are we driving cars longer?

Michelle Krebs at Autotrader said the main reason for the increase over time is that “the quality of vehicles is so much better than it was 10 to 20 years ago, and vehicles last a lot longer.”

On top of that, in the pandemic, “we didn’t go anywhere,” Krebs said. “There weren’t as many miles put on vehicles. We weren’t commuting.” As a result, fewer people wanted or needed to buy cars.

And even if they did, in the early days of the pandemic “not only were facilities shut down to produce vehicles, but also dealerships were closed,” said Todd Campau at IHS Markit.

Now that dealerships are open, and a lot of people are ready to buy cars, there aren’t enough to meet demand, Campau said. “There’s the potential that people may be getting priced out of even the used car market because the prices have gone up so much in past six months or so.”

And that, he said, is likely to last for at least the rest of this year.