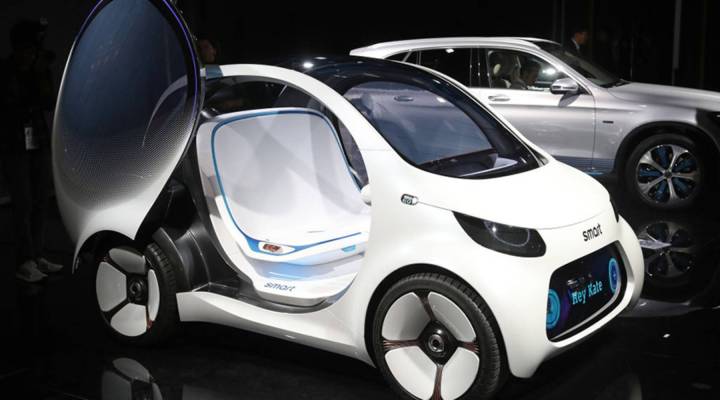 Carmakers and tech companies are predicting that self-driving cars will hit the road as soon as 2020 and presumably transform our entire society in just a few short years after that. But as we collect stories about the tech, the talent and the unintended consequences of autonomous vehicles, I’m putting my money on a slightly longer timeline. In fact, in some cases, like cybersecurity and the safety of the tech in play, we consumers might want to insist on a slightly longer timeline. Here are five reasons why.

1. The tech
Driverless cars are surprisingly dependent on one piece of technology: LIDAR. It stands for light detection and ranging, and it’s the tech that allows self-driving cars to “see” the world around them, using lasers that detect, measure and try to identify objects around the car.

These sensors are expensive, hard to produce, and hard to buy. There are only a few companies that produce LIDAR sensors in any quantity, and they’ve admitted that they can’t turn them out fast enough to meet the demand of all the companies that want to build autonomous cars. So companies are either trying to build their own, or figure out how to get them in stock fast enough to get cars on the road for testing.

On top of that, LIDAR tech still has a long way to go. We got a demonstration of the technology at a LIDAR startup in Silicon Valley last summer and assuming it’s accurate, Uber and Waymo are currently in a big huge fight over proprietary LIDAR technology that might be out of date by the time they’re done in court. (More on court battles in a bit.)

And as engineers test cars in real-world scenarios, they’re going to keep uncovering problems to solve — like the weather. About two years ago, carmakers started expanding the range of places where they’re testing autonomous cars because, well, they haven’t exactly figured out how to deal with snow, or even rain.

Even cars with semi-autonomous features can’t do things like adaptive cruise control or self-parking when their sensors are covered in snow, as one investor pointed out in a Facebook post in 2015. You want to assume that the engineers saw that coming, but it’s a big problem with no easy or obvious solutions.

And then of course there are questions about infrastructure: vehicle to vehicle communication; smart roads that can help cars navigate; they’ll need 5G for fast updating of real-time navigation; let’s be honest, even functioning stop lights. None of those elements are guaranteed, and they’re certainly not uniform across the country. Plus, as companies and researchers push further down the (ahem) road, expect all kinds of other unexpected obstacles to pop up — everything from inclement weather to, well, kangaroos.

2. The talent
Sometimes it seems like there are only about five people who know how to design and build autonomous cars, and there’s an insane arms race  to try to hire them. Maybe in five years there will be entire curriculums at MIT around autonomous cars, but right now, people are creating this tech largely from scratch.

And that’s why you’ve got lawsuits over poaching (Tesla, notably), absurdly inflated salaries and companies investing millions and even billions in individual employees and artificial intelligence companies that have sprung up virtually overnight.

A couple examples: General Motors bought a 40-person company called Cruise Automation for almost $1 billion. Uber bought Otto, the still-wet-behind-the-ears self-driving startup that got it in all that trade secret trouble, for around $680 million. Pando.com estimated at one point that the Cruise and Otto deals alone valued self-driving car engineers at $10 million a head.

And that was before Ford put $1 billion into Argo AI, a two-person company headed by a veteran of Google’s self-driving program, leading me to ask then-CEO Mark Fields, “what did these guys say to you?” Most of the big names in the field have done stints at Google, Uber, Tesla, Apple or even some combination of all of those companies. Meanwhile, universities complain that they’re losing some of their top research talent to companies desperate to hire engineers.

It’s hard to imagine that the poaching, the lawsuits over poaching, and the time it’ll take to train a new generation of engineers to build these cars won’t slow things down at least a little.

Did someone say lawsuits? We’ve got your lawsuits right here.

We’re in the poaching and trade-secrets part of the process, and Uber and Waymo is just the tip of the iceberg in that regard. After all, when both the tech and the talent are in high demand, and a market ecosystem that Intel thinks could be worth $7 trillion, it’s no surprise that there’s spying and stealing.

But pretty soon, there’s also going to be the patent wars. Companies have been filing literally thousands of patents in the last decade, as they figure out self-driving tech, and building a car without potentially infringing on someone’s patent somewhere is going to be virtually impossible. By the numbers, there were more than 22,000 patents on self-driving inventions filed between 2010 and 2015. Toyota has more than 1,400; it’s far ahead of the rest of the automakers. Google/Alphabet has hundreds of patents on self-driving and connected car technology, even compared to other tech companies — and as we’ve seen, the company will be happy to wield them in court.

All of that adds up to slowdowns and high costs, and if you’re in a lawsuit about fundamental technology, you’re likely not building other tech — and the high cost of making sure you’re not infringing patents could keep smaller players from getting into the self-driving car game at all.

Remember the smartphone patent wars? They lasted almost a decade and cost the industry up to $20 billion, with Apple and Samsung alone accounting for $1 billion in legal costs before the industry finally came together to collaborate on licensing and stopped suing each other.

Some car makers have taken the collaboration approach: Tesla made 200 of its battery-tech patents available to all back in 2014. Toyota publicly released 6,000 hydrogen-related ideas and Ford licensed 650 of its electric car patents and about 1,000 patent applications on green car tech — all with the hope of spurring a new market. But there’s big money on the line, and it’s doubtful the spirit of collaboration will last forever.

4. The safety
Here’s the thing. Drivers don’t know the difference between levels 1 and 5. Or in other words, drivers don’t know the difference between a semi-autonomous car and one that is fully self-driving. They don’t know when a car is capable of obediently following the car in front of it like a happy line of grass-munching cars, and when it’s able to negotiate a sudden stop, a double-parked bus, or an incoming kangaroo.

But if there’s one thing you know about humans, it’s that given the opportunity for our attention to wander, it definitely will. There’s already been one fatal accident involving Tesla’s autopilot technology, and there was an accident in Los Angeles in January in which a driver rear-ended a fire truck at 65 miles an hour (but was, incredibly, uninjured).

But companies and federal investigators are starting to figure out that semi-autonomy in vehicles is almost more dangerous than humans behind the wheel. One expert I talked to called it the “mushy middle of automation,” and said that in this transition phase, people will almost certainly be injured or killed. It’ll probably be far fewer people than are injured and killed in car accidents daily, but nevertheless, the federal investigations, potential lawsuits, and consumer fears will likely pile up and slow down development even more.

And even if the cars aren’t crashing, they’re vulnerable to cyberattack. In fact, some security experts actually recommend slowing down the rush to put self-driving cars on the road, if only to come up with a security and regulation framework to keep them from being hacked for ransom, for fun, or to turn them into remote-controlled weapons.

5. The unintended consequences
Most of the predictions of a driverless future are rosy. The top argument is hard to debate: the tech will save tens of thousands of lives. But we’ll also have to reckon with huge consequences if we transform something as fundamental as transportation — and while engineers might be ready to roll out cars in a couple of years, society certainly isn’t.

Moving to autonomous vehicles could destroy the jobs of millions of truckers, taxi drivers, bus drivers, dispatchers, and all the support jobs that make up the entire transportation industry. It could also upend the automotive industry, despite the brave faces of Toyota and Audi and Ford and the like. There’s the auto insurance industry — will Geico go under if there aren’t any more car accidents? The proposed unintended consequences start to get a lot darker, too, like the idea that there might be a sudden drop in organ donations when all those car accidents go away.

And Ford’s CEO suggested this month that driverless cars and driverless ride-hailing apps will lead to horrible congestion — despite earlier suggestions to the contrary. Two separate companies announced food delivery plans via driverless car at CES; what if we stop driving places but our streets are literally clogged with cars bringing us piping-hot pizzas?

There’s a lot about this technology that we simply don’t understand, haven’t built, and should be asking hard questions about. None of this is to suggest that the self-driving revolution won’t or shouldn’t eventually happen. But if you’re an investor, a consumer, or even a car company, blindly believing the hype can be costly, naive and even dangerous. 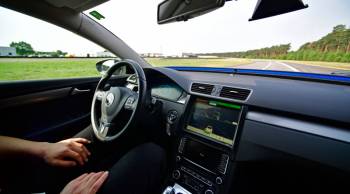