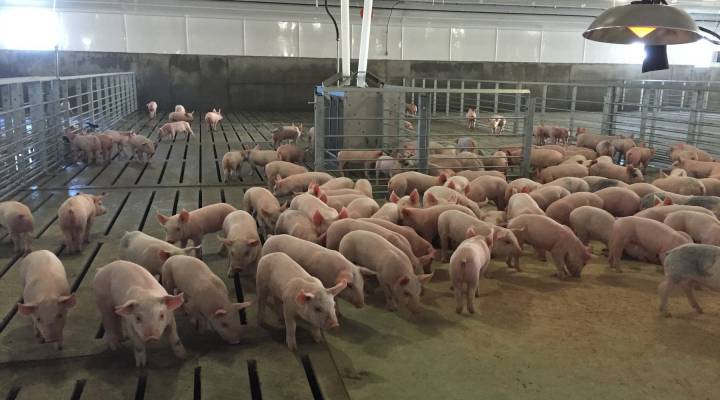 It seems like every month or so there’s a new announcement by a food company or retailer vowing to source products differently, with an eye to issues like animal welfare, sustainability or genetically modified ingredients. Big shifts in consumer preferences are behind many of the changes.

At a sustainable agriculture conference last fall, John Church, executive vice president of supply chain at General Mills, cited consumer demand as a driver of the company’s big push to reduce its carbon emissions by nearly 30 percent in the next decade.

The effort involves working with the company’s entire supply chain, from dairy producers on up.

But some farmers are chafing at the extent to which big food companies and retailers are catering to consumer demands, which they sometimes view as faddish.

“Many of them can change their opinion five times in one conversation, and I don’t change my cropping practice five times in one year,” said David Schemm, a wheat farmer in Kansas and an officer with the National Association of Wheat Growers.

Adding to the frustration is the sense that food companies and retailers want farmers to make changes that could lower efficiency or profitability without adequate compensation.

“We’re going to change how we ask you to farm, and we’re not going to ask you whether or not you can or you can’t, either from a physical or a fiscal standpoint,” said Bob Young, senior economist at the American Farm Bureau Federation. “Can you do it in the real world and can you pay for it? We don’t really care — we’re just going to demand that you do it.”

Young said the situation sometimes makes producers feel like they’re getting “thrown under the bus.”

Randy Spronk, a hog farmer in Minnesota, understands that sentiment. Spronk said it’s not just that farmers feel left out of the conversation; they’re also getting confusing signals about what they’re supposed to do differently.

“Retailer A wants a sow in a pen,” he said. “Retailer B wants one antibiotic-free. Retailer C wants the sow to be outside. Which one do I listen to? I only got one pig.”

Spronk actually has nearly 100,000 pigs. When he says he has only one, he means he raises them only one way.

He then markets them to several different meat packers, which in turn sell parts like the ham, the loin or the bacon to several domestic and international food service and retail end markets.

If one food retailer wants bacon from pigs that have never touched feed with genetically modified ingredients, the whole pig has to be raised that way, even if the other end markets don’t care about GMOs.

“I can’t just do it to their particular cut,” Spronk said, “I need to do it to the entire pig. So then it becomes, the rest of the pig– who’s going to pay for the higher cost?”

Spronk already feels like he’s observing best practices in raising his hogs. That sentiment echoes throughout the farm industry.

“The first thing I hear from producers, from growers is, ‘I’m already sustainable. Why do I need to do this?'” said Stefani Millie Grant, senior manager of external affairs and sustainability at Unilever Corporation. “And my reply back is I don’t necessarily disagree with you. We just need your data to prove it.”

Grant heads the board at Field to Market, an organization that helps farmers do things like use less water or fertilizer. She said highlighting the economic benefits of change, along with the environmental ones, can help get some farmers on board.

“If you can tie it to economics and the bottom line — if you can show that by doing this you’re actually going to be saving money and your yields will increase, that absolutely helps,” she said.

But Randy Spronk, the hog farmer, said the financial benefits of altering his practices to line up with consumer preferences are not yet obvious.

“And so, quite frankly, until the marketplace wants to incentivize me and send a clear signal,” he said. “I’m going to sit on my hands, and continue to raise the pigs as my father and grandfather did.”