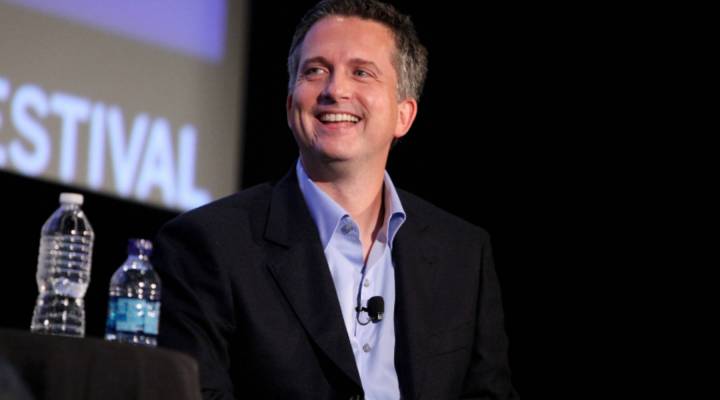 COPY
Bill Simmons will be hosting a weekly talk show for HBO next year, according to the New York Times. Amy Sussman/Getty Images the New Yorker

Bill Simmons will be hosting a weekly talk show for HBO next year, according to the New York Times. Amy Sussman/Getty Images the New Yorker
Listen Now

ESPN has parted ways with a lot of its big-name talent recently, including Bill Simmons, whose contract was not renewed back in May. Simmons has landed at HBO, where he’ll host a weekly talk show and work on sports documentary projects.

“Bill Simmons is a name that’s known in the sports industry, and he will have his followers come to HBO with him,” says Kenneth Shropshire, a professor at the Wharton School. Simmons was one of the most popular and controversial hosts on ESPN. Last year he was suspended for three weeks for criticizing NFL commissioner Roger Goodell. HBO may offer more creative freedom.

“For Simmons, HBO is kind of a blue ocean in terms of what he’s going to be able to do there,” Shropshire says. “There’s a great deal of flexibility it appears in terms of how HBO lets its talent perform.”

HBO has had a hand in sports for a while, and Shropshire is unfazed by the move. “They’ve done a lot in terms of documentaries, boxing and other programs, so going further in this space is not surprising.”