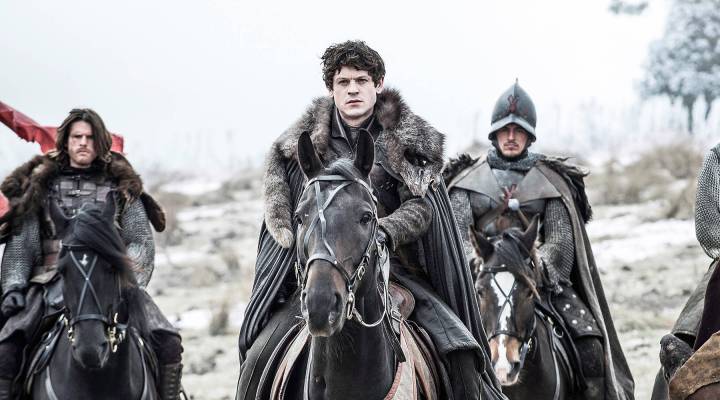 Fans of HBO’s flagship show “Game of Thrones” were dismayed and angered Sunday night when the stream cut out for the company’s cable-free service HBO Now during the season’s penultimate episode.

Even though the on-demand nature of the service meant viewers could watch the episode about an hour after its cable broadcast once the feed was reestablished, subscribers immediately took to social media to write sarcastic comments or demand refunds.

“There’s a big social element to it,” said Sam Craig, a professor of marketing at the NYU Stern School of Business. “You want to see it, because you’ve got friends that watch it, and you want to be able to talk about it. You want to be in the know.”

It’s still unclear what happened to the stream. HBO denied requests for an interview, and Major League Baseball Advanced Media, which provides streaming services for HBO Now, didn’t respond by our deadline. Experts said, however, there are many points at which the stream could have failed.

“These are very complex systems with quite a number of different components, and any one of those components going down can really break the system,” said Sam Rosen, a vice president at ABI Research. “So, it could’ve been any one of those things, from authentication services to guide services to video delivery failures.”

HBO has had streaming issues in the past and turned to MLB Advanced Media when it launched HBO Now. The streaming expertise of the company has been considered strong for live events

“Major League Baseball had been developing this internet video infrastructure for over a decade that was considered outstanding,” said Marc Tayer, author of “Televisionaries,” a book that details the history of digital television.

“It just goes to show that even if you’re with the gold standard for internet streaming video infrastructure, you can still have a significant problem,” Tayer said.

Rosen said the shift from traditional broadcast to online viewing has added new complexity to the process of connecting watchers with their desired content.

“Now that we’ve moved this type of video scale over to the internet, like HBO has, you don’t have what’s called ‘multicast’ or the ability to send one message out to hundreds or thousands of users on the open internet,” Rosen said. “I think that’s the point of friction. There is a lot of work going on between content delivery networks and the internet service providers to make that as seamless as possible, and there’s a lot of standards work going on, but it remains a very complex system,” Rosen said.

Even so, though similar outages in streaming are likely to occur in the future, he said the demand for HBO’s programming won’t be damaged.

“I don’t think it breaks the emotional connection with the piece of content,” he said. “I think it increases it and makes people more aware of it.”

That scenario actually plays out in another hit HBO series, “Silicon Valley,” when a company’s live stream gets so many views, it literally sets servers on fire.

HBO could have another kind of fire to put out, if it doesn’t get things right by Sunday. That’s the season finale.