New guidance from the Labor Department attempts to provide some clarity on just what makes an employee these days.

The department says its new guidelines are not a change in policy, but a kind of litmus test for when you’re an independent contractor and when you’re an employee, entitled to things like overtime, benefits and workers comp.

“We’re not engaged in a game of gotcha,” says David Weil, the Labor Department’s Wage and Hour administrator. “Our mission is to ensure a fair day’s pay for a fair day’s work.”

To do that, the department looked at six factors, including how much control the employer has over the worker.

“If you can control the hours people work, what they’re supposed to wear, all those kinds of things come into play,” says Marick Masters, a professor of business and director of the labor program at Wayne State University.

This is a big issue in today’s on-demand economy.

“The guidance that was issued today by the Department of Labor is marvelous,” says Boston labor attorney Shannon Liss-Riordan.

Liss-Riordan is on a class action case representing California Uber drivers who say they should be employees. She cites another factor mentioned in the department’s guidance: whether a worker is permanent.

“But someone who is working on an ongoing basis, until one side or the other decides to terminate the relationship, that’s an employee,” she says.

But an Uber spokeswoman says many of their workers have other jobs, like the flexibility they have, and wouldn’t want to be classified as employees, no matter what the Labor Department says.

With the rise of the sharing economy, the question of who exactly should be classified as an employee has become a contentious issue. The California Labor Commission ruled last month that a former San Francisco-based Uber driver was an employee during her time with the company, not an independent contractor — a decision that Uber appealed.

We combed through Uber’s Terms of Service agreement and highlighted all the statements showcasing Uber’s effort to distance itself from the “employer” label. 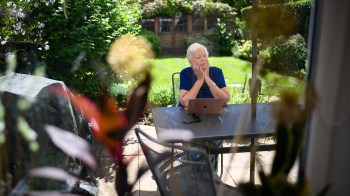