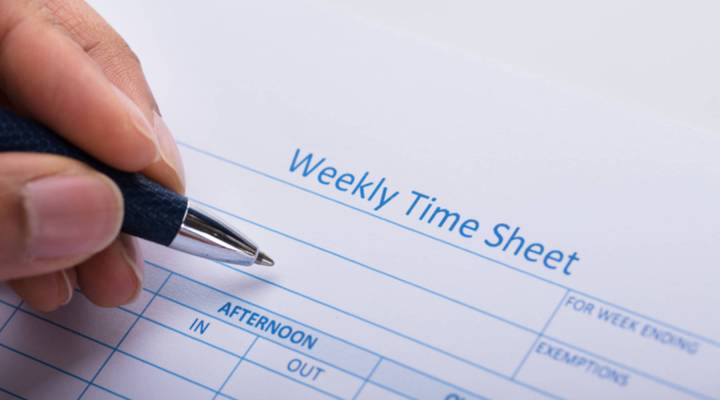 According to a Labor Department fact sheet, the change will affect 1.3 million workers nationwide. Employers will either have to raise these employees’ pay to the new salary threshold, so they can remain exempt from overtime pay, or convert the employees to non-exempt (hourly) status and begin tracking their hours to pay them overtime where warranted.

In late 2016, a federal judge blocked a new overtime rule which would have set a new salary threshold of $47,476, boosting pay more substantially, according to a report by the Economic Policy Institute. The Obama-era rule would have directly benefited about 4.2 million workers.

Kara Govro, an attorney with Mammoth HR in Portland, Oregon, said that back in 2016, before the Obama-era rule was blocked, employers were scrambling to get ready. This time around, it’s different.

“The number is just so much lower,” she said. “So it’s not worrying employers or, at least, not very much.”

That may be because many employers adjusted salaries and reclassified exempt workers to comply with the Obama-era regulations that ended up being blocked, said Craig Rowley at HR consulting firm Korn Ferry. He found in a survey that more than half of retailers nationwide, mostly large ones, had done so by late 2016.

Rowley said the service sector employers that are left to implement changes under the new overtime rule are “smaller retail chains, the family-held chains, with maybe 20 stores, and family-held restaurants.”

Those employers will have to conduct employee training for newly non-exempt managers and begin tracking their hours, said employment attorney Ryan Glasgow at law firm Hunton Andrews Kurth in Richmond, Virginia. He said the transition could hurt morale in some cases.

“Being an exempt employee is a bit of a status symbol,” said Glasgow. “They don’t have to track their time, they don’t have to account for their whereabouts, they get the same salary every week, regardless of how many or few hours they work.”

Glasgow said formerly salaried employees who are reclassified as non-exempt hourly workers may view that “as some form of demotion,” even if it’s what the law requires.