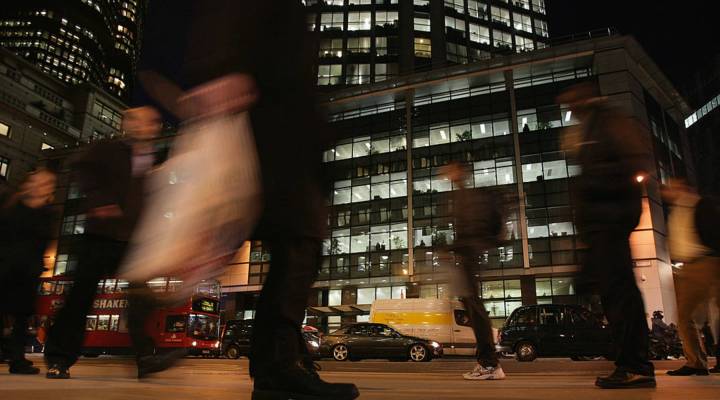 COPY
A federal judge's injunction put the rules on hold, but some employers have raised salaries and reclassified employees to receive overtime anyway.   Matt Cardy/Getty Images)

Drew Broussard, 28, is relieved that his employer, a large performing-arts venue in New York City, has decided to stick with the Obama Administration’s new overtime rules, even though a judge last month issued a preliminary injunction  to block them.  He now gets overtime pay.

“Obviously the more-money thing is nice,” said Broussard, who runs theatrical events and makes $41,000 per year in base pay.

Broussard said he sometimes works as many as 50 hours per week, and is looking forward to having his hours recorded, and monitored more closely by his supervisor. “It creates a little bit better work-life balance,” said Broussard. “All of a sudden it’s like, ‘OK, the world’s not going to end if I’m not checking my emails over the weekend, and I can just do it on Monday,’ instead of, ‘Well, I might as well check it.’ Now, we’re a little bit constrained.”

The new Department of Labor overtime rules were set to go into effect on Dec. 1, 2016. But on Nov. 22, a U.S. district judge in Texas issued a preliminary injunction to block the rules from taking effect. The judge, Amos L. Mazzant III, acted at the request of numerous business organizations and 21  state attorneys general, who sued earlier this year to block the rules permanently, claiming that they are an overreach of federal regulatory authority, and too costly for private businesses and state agencies to comply with.

The new  overtime rules, issued in May,  set a new salary threshold — $47,476 per year — under which white-collar workers (regardless of their executive, administrative, or professional duties) must be classified as “non-exempt” from the overtime laws,  making them eligible for overtime pay. The previous salary threshold, set in 2004, was $23,660 per year. The Department of Labor has estimated that 4.2 million workers would be eligible to receive overtime pay immediately under the new threshold. Millions more could also benefit financially from the new rules.

Because Judge Mazzant’s preliminary injunction was issued just eight days before Dec. 1, many employers had already told employees that they would be getting a salary raise to keep them exempt from overtime coverage, or that they would be converted to non-exempt status and begin receiving overtime for any hours worked over 40 per week.

Some employers began paying higher salaries and overtime to eligible employees in the months leading up to the effective date.

Walmart raised salaries for some mid-level managers from $45,000 a year to $48,500 a year to keep them exempt under the new regulations. The company told Marketplace it currently has no plans to change that decision. A recent poll by Korn Ferry Hay found that 56 percent of large U.S. retailers it surveyed planned to go ahead with raises and re-classifications to comply, in spite of the injunction.

Kerry Lear advises employers at Mammoth HR, a human resources firm in Portland, Oregon. After the injunction, her firm told clients that the new rules “are on indefinite hold—so employers at this time do not have to comply.”

Nonetheless, Lear said employers invested significant time and money getting ready to comply, and many would likely make the changes anyway. “They need to ask themselves, ‘What’s the actual impact on the bottom line?,’ weighing that against the morale of their employees,” said Lear. “Especially where they went ahead and increased the salaries of some of their workers, those employers are going to be hard-pressed to take those salaries back down. While they do have every legal right to do so, it’s generally not a popular practice.”

Aubrie Lamb, 25, is a shift manager at a gas station-convenience store in Fort Wayne, Indiana, and said her employer started paying her overtime in the pay-period before Dec. 1.

“Since I have to cover for everybody all the time, I feel like it should be an hourly rate,” said Lamb. As a manager, Lamb has been paid a fixed salary up until now—$32,760 per year—regardless of how long she worked, often more than 50 hours per week. To comply with the new overtime rules, her employer converted her salary to an hourly rate. Her take-home pay won’t actually increase much, unless she works even more overtime. But she said it’s still better “to get paid for what you actually work now. It doesn’t make me hate going in to work every day.”

Gordon Chaffin, though, is not pleased with his employer’s decision to backtrack on planned changes.

Chaffin works as a web communications specialist at Arizona State University in Phoenix, and earns a salary of $44,000 per year. That puts him below the new salary threshold, and would have made him eligible for overtime pay. But, according to an email from a university spokesperson, following the injunction, “ASU put the changes on hold for now.” Arizona is one of the states that has sued to block the overtime rules.

Chaffin said he typically works 45 to 50 hours per week, “so it’s not a huge degree above the 40-hour mark, but it’s certainly a lot of additional time I could be compensated for.”

On Dec. 2, the Obama Administration appealed the federal district court’s preliminary injunction blocking the overtime rules. The government’s proposed briefing schedule before the 5th Circuit Court of Appeals extends into February 2017, so the district court’s preliminary injunction is likely to remain in force until after president-elect Donald Trump takes office in January. Republicans in Congress have already attempted to block or delay the overtime rules several times, and have signaled that rescinding the rules will be a high priority early in the next administration.