More From This Show
0:00 / 0:00
Find the latest episode of "This Is Uncomfortable" here. Listen
Learning Curve

Repeat after me: “Parlez vous Francais?” On the theory that languages, and other subjects, were best learned by repetition and drills, schools started building language labs. But they really took off, thanks to Sputnik.

The government was so worried about losing the space race, that it starting sinking millions into education. And one of the main beneficiaries was the  language lab.

Like so many new ideas that seemed exciting in the 1950s and 1960s, language labs fell out of fashion in the 1970s and 1980s. But they left a lasting legacy: the cubicle. 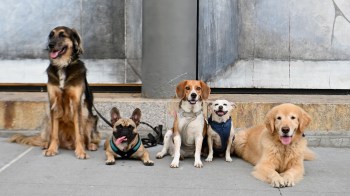