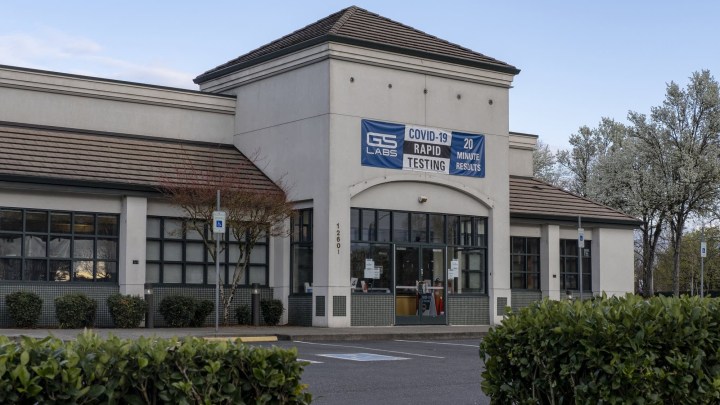 The COVID-19 pandemic has been a mortal crisis – but it’s also been a business opportunity, including a bit of a gold rush when it comes to COVID testing, in part due to the pressing need for the key services.

Back in 2020, some investors who were originally more focused on real estate and owning a car wash franchise, set up a COVID testing company called GS Labs. You may have seen them around, they provide drive up testing in more than 20 states.

But our corporate siblings, APM’s investigative team, APM Reports, have been looking into complaints against GS Labs.

Marketplace’s David Brancaccio spoke with Tom Scheck, from APM reports, about the their investigation. The following is an edited transcript of their conversation.

David Brancaccio: Give us a sense of some of the complaints.

Tom Scheck: We found some patients complained of never receiving their test results. Others got their findings several weeks after taking a test. And then others complained that company employees once pushed patients to get a full suite of tests at each visit, which patients didn’t think was necessary. Now three insurance companies are suing GS Labs over that so-called triple testing, and for charging as much as $979 a test.

Brancaccio: And public health officials also had issues with the company?

Scheck: Yeah, that’s right, David, because GS Labs sometimes reported test results so late that it was difficult to spot potential outbreaks and hard to make sure infected people were isolating. Public records from several states show health officials complaining about the company’s late reporting. During the Omicron surge last December, the company told Minnesota Health officials that it had a backlog of nearly 28,000 tests.

Brancaccio: So who’s looking into this besides you, Tom?

Scheck: Well, we learned that there are several states doing investigations, and the federal government is also investigating the company as well. But some of those inquiries have been going on for more than a year. Public records repeatedly show health officials asking each other if there are other regulatory levers that they can pull to get the company to do better here.

Brancaccio: So they’re asking these questions, but has it gone further?

Scheck: Well, a Nebraska lab inspector released an inspection report in October that said the company’s lab in Omaha placed patients in immediate jeopardy, meaning it posed a serious risk to public health. Company officials say they fixed the mistakes at that lab. And a November inspection report found the lab was back in compliance. The company also said it opened up a new lab in the state to handle more complex tests.

Brancaccio: Okay, a reaction to Nebraska. But what’s the company’s response to your broader investigation?

Scheck: Well, GS labs denied interview requests but did respond to our written questions. They say some of the problems we found were from more than a year ago and they fixed many of those reporting mistakes we talked about. They also maintain any reporting errors only amount to a small fraction of the tests the company has done. As for those lawsuits by the insurance companies, GS Labs says it’s the insurance companies that are being greedy by not paying for testing costs authorized by the federal government. It has counter suits and two of those cases and is also suing a Minnesota based insurer.

Brancaccio: And I see that GS Lab says it’s cooperating with any government investigations. You can read more about what the team found at APM reports. 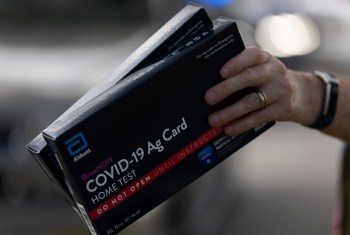