Want your country to be sexier? Rebrand!

Want your country to be sexier? Rebrand!

Apple wasn’t always celebrated as the maker of all things cool. Ford was frequently derided for poor car quality. But both companies undertook massive rebranding in recent years that have changed both public perceptions and profitability for the better.

But multinational companies aren’t the only ones who try to change. It turns out entire countries do this kind of rebranding all the time for their national identities. That’s the subject of the new book “Branding the Nation: The Global Business of National Identity,” by Melissa Aronczyk, a professor of journalism and media studies at Rutgers University.

Branding consultants, the same people behind the corporate campaigns we all know have found reliable clients in nations, Aronczyk says. And the practice isn’t new.

“Poland decided that they needed a new brand just as it was joining the European Union,” Aronczyk says. “They really wanted to be perceived as part of the West. They wanted to be seen as a market economy. They wanted to develop a new and improved identity in the eyes of the world.”

Poland is hardly the only European nation that needed a new and improved identity. Their neighbor Germany’s history is rich with rebranding moments. When Berlin hosted the World Cup in 2006, Germany worked with branding and marketing consultants to devise the slogan “Germany: Land of Ideas.”

“They developed this fantastic set of billboards featuring Claudia Schiffer — draped in little more than the German flag — inviting investors to come to Germany and invest,” Aronczyk says. The gamble paid off, and perceptions of Germany began to change.

For more on the branding of nations, click the audio player above to hear the entire interview. 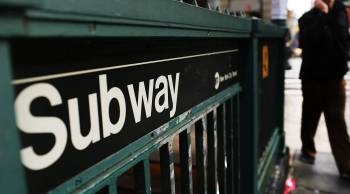