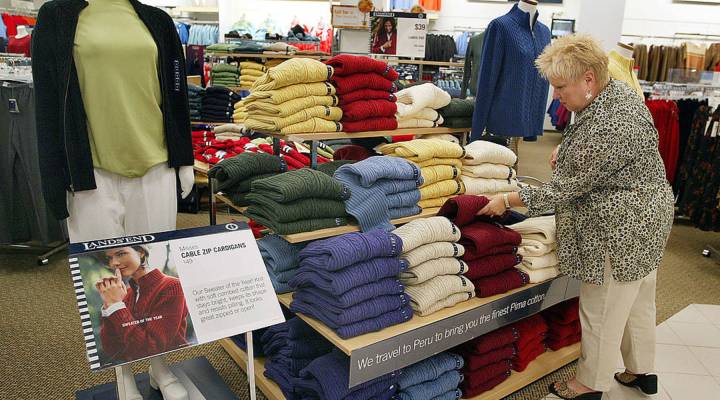 Lands’ End’s recent decision to remove a Gloria Steinem interview from its website amid controversy and customer backlash might do the clothing retailer more harm than good: backpedaling is not a good look for brands, says one observer.

Lands’ End published a piece about the feminist icon as part of its new “Legend Series,” which promotes “individuals who have made a difference in both their respective industries and the world at large,” according to the Milwaukee Journal Sentinel. Customers responded on social media with concerns about Steinem’s liberal views, particularly on the subject of abortion rights, and threatened to boycott the brand. The Sentinel reported at least two local Catholic schools announced they would no longer purchase school uniforms from the company.

Lands’ End promptly responded by pulling the interview from its website Tuesday and issuing the following apology: “We understand that some of our customers were offended by the inclusion of an interview in a recent catalog with Gloria Steinem on her quest for women’s equality. We thought it was a good idea and we heard from our customers that, for different reasons, it wasn’t. For that, we sincerely apologize.”

Frankel said Lands’ End isn’t necessarily seen as a conservative brand, but its core customers are likely more conservative than not. The company should have been more mindful of its consumer base’s tastes to begin with, he said. It received similar resistance when it sent out issues of GQ magazines as a promotion. The cover featured a nearly naked model and did not go over well with its customers.

“[Gloria Steinem] has nothing to do with their brand,” Frankel said. “This is Middle America trying to be something they’re not.”

In the face of continually declining revenue, Lands’ End made efforts to change its image from preppy, outdoor wear to something more fashionable and appealing to a younger demographic in recent years. But being fashionable is tricky for more traditional brands, given that high fashion is a left-leaning industry, Frankel said.

Other companies have tried to make the leap and failed. Take JC Penny, for example — another mainstream brand that tried to remake itself. In 2011, the company hired Ron Johnson, the man behind the retail experiences of Target and the Apple Store, as its CEO. Johnson’s attempts at rebranding fell flat and alienated its core customers.