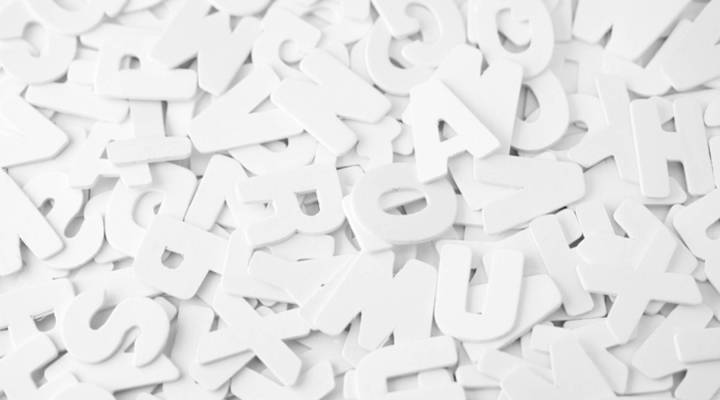 COPY
Lately, a lot of brands are embracing a minimalist look. CactuSoup/iStock/Getty Images Plus

Lately, a lot of brands are embracing a minimalist look. CactuSoup/iStock/Getty Images Plus
Listen Now

Design has a big effect on us. Businesses invest heavily in design, right down to the font that’s used in the wording of a business name, for a logo or a sign. Lately, a lot of brands are embracing a minimalist look.

Juliette Cezzar lives in Greenwich Village, across the street from a restaurant called the Village Den. A “greasy spoon” for years, the restaurant changed hands last year. Both interior and exterior were redesigned. “It was interesting, when the sign was going up,” Cezzar said. “Even though the name was the same, you had a very different sensibility about the type.”

The exterior of the Village Den on West 12th Street in Manhattan.

Cezzar knows typeface — she teaches communication design at the Parsons School of Design. She pointed out that the new sign, with its widely spaced and lean white lettering, is like a lot of fonts you see these days on packaging and websites, particularly those of startups. She said companies are betting their customers may be drawn to a familiar look. “You look at something and it reminds you of something else, so you decide to trust it, because it reminds you of something else that you trust,” she said.

But the reason clean fonts became so popular isn’t just a trend toward simplicity. Armin Vit is co-founder of graphic design firm Under Consideration. He said more embellished fonts don’t show up well in digital form, especially on tiny screens. “Those types of fonts, when you reduce them, they reduce really bad and they start to look weird and jaggedy,” he said.

A company buying a font can pay the designer a licensing fee, starting at a few hundred bucks. Or it can commission a type designer like Tobias Frere-Jones to create a typeface from scratch. Frere-Jones said part of his job was to “fine tune the relationships between weights and curves and spacing” of the letters and other characters. “All the things you shouldn’t be aware of, once they’re done correctly,” he said.

That kind of work can cost $100,000 or more, depending on several factors, including how many languages he’s designing characters for. Frere-Jones said some clients wanted a version of the popular minimalist styling. But trends pass. “We would advise them to keep a longer view of what they’re investing in,” he said.