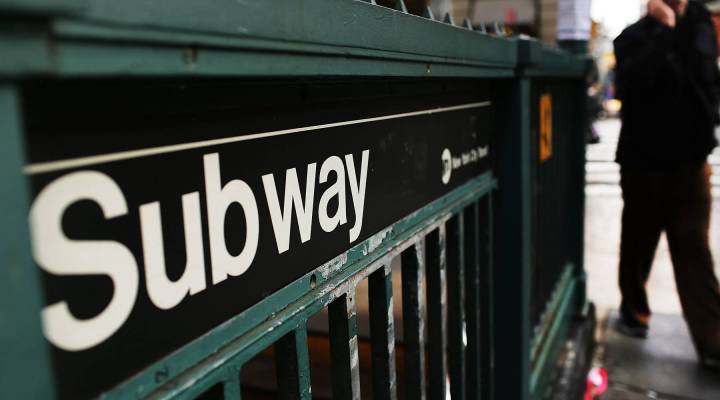 COPY
New York's subway system is one of the many place where one can find the Helvetica font. Spencer Platt/Getty Images

New York's subway system is one of the many place where one can find the Helvetica font. Spencer Platt/Getty Images
Listen Now

When it comes to the world of fonts, there are hundreds to play around with but few that stand on top. There are the classics like Times New Roman, Arial and Helvetica. Since its creation in 1957, Helvetica has been widely used as a branding font. American Airlines, American Apparel, the New York City subway system and even your federal tax forms all use the ubiquitous font.

But in recent years, digital companies like Apple, Google and Netflix have chosen to ignore Helvetica altogether and design their own Helvetica-inspired fonts. That’s why the company Monotype, which owns the rights to Helvetica, has redesigned and rebranded the font in the hopes that digital companies will fall in love with the new Helvetica Now, a font type designed to work well on digital screens.

Here’s a side-by-side comparison of Helvetica and Helvetica Now:

Arielle Pardes, associate editor for Wired, spoke to Kai Ryssdal about the business of fonts and why Helvetica got a digital makeover.