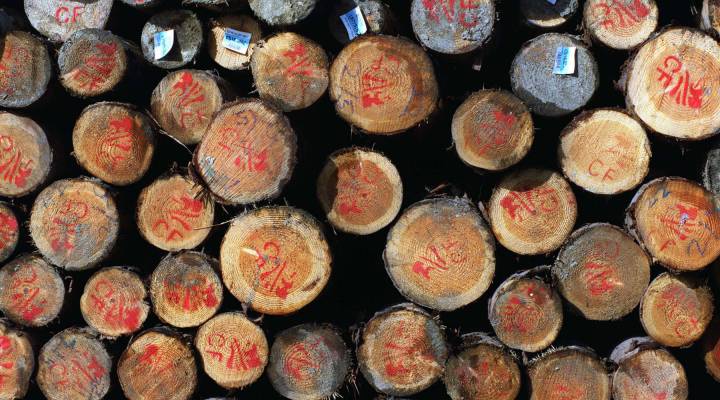 COPY
Wholesale companies increased their stockpiles as they look to the months ahead for better sales. Ross Setford/Getty Images
Mid-day Update

Wholesale companies increased their stockpiles as they look to the months ahead for better sales. Ross Setford/Getty Images
Listen Now

The European Central Bank today cut its key interest rate by a quarter percent to encourage lending and give a boost to the economy. That’s as EU leaders gather today in Brussels for a big summit to tackle the European debt crisis.

The number of people filing for the first time for unemployment benefits was down last week. The Labor Department says the number dropped by 23,000 to the lowest level since February, which is a pretty big improvement in a job market that appeared to be stuck in neutral.

Wholesale companies increased their stockpiles of autos, paper, and other goods in October by the most in five months, a sign they expect consumer demand to rise.

The average rate on the 30-year fixed mortgage hovered above its record low for a sixth straight week. But the super-low rates aren’t providing a lift to the struggling housing market.

Oil prices are climbing this morning — $110 a barrel — partly on hopes that the E.U. will find a way to turn the current situation around and economies will start growing and using more oil.

The Food and Drug Administration ruled yesterday that the controversial Plan B morning after pill should be available without a prescription to young women. The Obama administration’s top health official nixed the plan, though. Saying she didn’t believe lifting that restriction was necessary. Plan B is currently kept  behind the counter at pharmacies and you have to be at least 17 to get it without a prescription.

Pacific Sunwear, which caters to the under 30 crowd for its surf and skate wear is closing as many as 200 underperforming stores.

To all those bosses out there who are bending over backwards to put a holiday party together. The latest poll commissioned by the job listing firm Glassdoor says: don’t bother. By wide margins, a majority of workers surveyed said they’d rather have a cash bonus or a pay raise rather than a Christmas party. Other things employees chose instead include gift cards, company stock, a gym membership, a better health care plan, the ability to work from home. See I like the Christmas party — and watching my coworkers karaoke to Lady Gaga.

Norway is suffering from a butter shortage. Partly because of a low-carb diet fad that’s swept the country. Butter now costs up to $20 a pound in Norway, and is even being packaged and sold as a holiday gift. Norwegian kids everywhere could very well saying, “I can’t believe it’s butter” on Christmas morning.

And in today’s Mid-day Extra, we look at what retailers are doing to help cut down on the lines this holiday season.