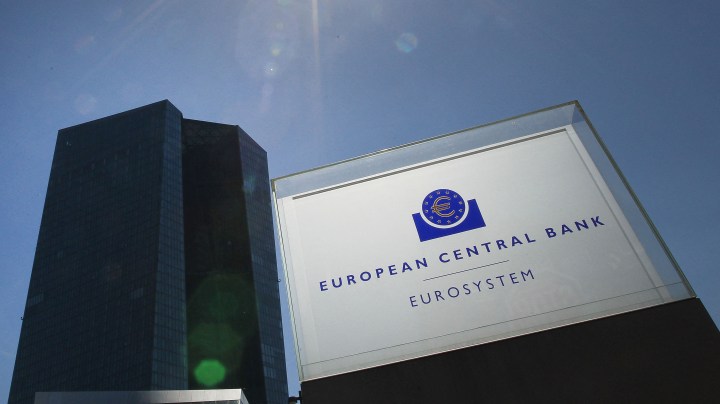 The European Central Bank, or ECB, is poised to raise its key policy interest rate for the first time in 11 years and to take the first step toward lifting it out of negative territory. The bank has indicated that, on Thursday, it intends to raise the current rate of -0.5% to -0.25%. And, with a further hike, it aims to reach 0% by September.

The object of these negative interest rates has been to encourage more lending by commercial banks by charging them for holding their reserves with the central bank, but with inflation raging at more than 8.5% across the eurozone, the ECB has decided that such stimulus is no longer required. The era of easy money appears to be drawing to a close.

But the bank faces a dilemma in its battle against inflation, and that dilemma stems from debt.

“The ECB is between a rock and a hard place,” said Stefan Legge, a lecturer in economics at the University of St. Gallen in Switzerland. “It must fight inflation — that’s the mandate — but the debt levels throughout the eurozone are too high for some countries to be able to afford higher interest rates.”

In Greece, for example, public debt has topped 190% of GDP, while the figure for Italy — the eurozone’s third-largest economy — is around 150%.

“The fear is back that Italy or Greece or some other countries will not be able to afford higher levels of interest and could eventually go bankrupt,” Legge said.

Those fears have driven up the bond yields of the eurozone’s most heavily indebted governments and making it more difficult for them to borrow and service their debt — a problem worsened by euro membership.

Without their own currencies, the weaker economies are unable to devalue their way out of trouble. Lorenzo Codogno, formerly chief economist of the Italian Treasury Department and now a visiting professor at the London School of Economics, said it was reminiscent of the debt crisis that almost blew up the euro a decade ago.

“It may be a slightly different type of crisis, but it might develop again, given that the eurozone is still a fragile construction. The whole system is still pretty fragile. It might come under pressure again,” Codogno said, adding that recent political turmoil in Italy had made matters worse.

Since the debt crisis, the ECB has calmed investor concerns by buying large amounts of bonds issued by those weaker, mostly southern eurozone governments; it’s now sitting on about $5 trillion worth. This kept bond yields low and prevented them from diverging from the prevailing yields in the stronger economies.

“It’s been very important in keeping the currency union stable and preventing the weaker euro member states from suffering even more than they have during the pandemic,” observed Sarah Fowler, international economy analyst with Oxford Analytica.

But the bank stopped these regular purchases this month because they were deemed to be fueling inflation, and that has left the bank in a quandary.

“Ultimately it’s hard to see how the ECB gets out of this cycle of the divergencies just widening between northern and southern member states and the constant risk of a debt crisis not being that far away,” Fowler said.

The bank has promised to unveil a plan Thursday for avoiding more divergence, or fragmentation, and averting another crisis. It looks as if this may involve the targeted resumption of some bond buying — a procedure that, along with the expected interest rate hike, has been described as putting your foot on the accelerator and the brake at the same time.

“The ECB is in a trickier position than the U.S. Fed,” Fowler said. “As a result, investors have a lot less confidence in the ECB’s plans.”

Investors demonstrated that when the euro plunged to a 20-year low against the U.S. dollar this month. None of the economists we consulted for this article, however, thought the euro’s problems would prove terminal.

“I think it will be less serious this time,” said Jessica Hinds of the Capital Economics consulting firm. “The fundamental imbalances between the different member states are a lot smaller than they were. I think there will be less of an existential threat than there was in 2009 and 2010.”

Lorenzo Codogno pointed to the fact that Europe’s commercial banks are in much better shape than they were a decade ago, with a lower level of nonperforming loans. While he acknowledged that there are many threats to the stability of the eurozone, he doesn’t think its survival is in doubt.

“I don’t believe there is a significant risk of the monetary union falling apart,” he said. The consequences of departure for individual member states could be horrendous. In Italy’s case, he said, it would prove “hugely disruptive.”

But perhaps the most powerful force holding the currency bloc together is not economic, but political.

But the cost of that symbol, he said, could be decidedly economic: higher inflation and a weaker currency than many of the northern member states — especially Germany — would prefer.