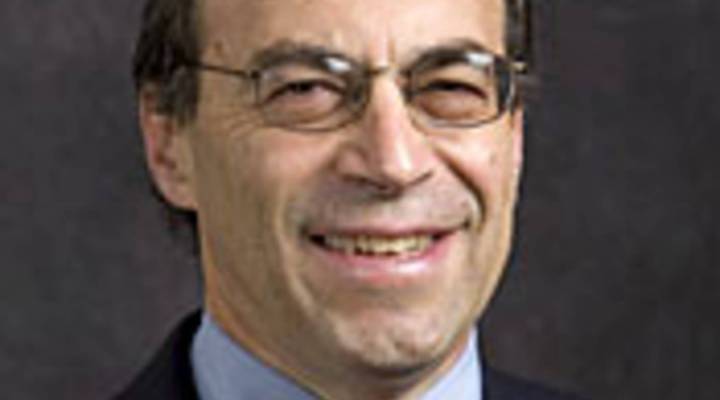 Filling in the gaps of deficit projections

Filling in the gaps of deficit projections

Tess Vigeland: So there’s the explanation for these 10-year predictions. But you may have noticed earlier that I cited two budget numbers, and the gap between them was big enough to drive an entire car lot full of clunkers through — $7 trillion, or $9 trillion.

Joining us now is Alan Auerbach. He’s professor of economics and law at U.C. Berkeley. Welcome to the program.

VIGELAND: So explain for us, if you would, why the CBO and White House numbers differ by over $2 trillion.

AUERBACH: There are two sources of the differences. One is differences in economic assumptions and economic modeling. For example, the administration is projecting higher interest rates over the next 10 years than the Congressional Budget Office is. And that means higher debt service.

VIGELAND: A lot of that, frankly, sounds like politics. How much and to what extent does politics figure into both of these numbers.

AUERBACH: The budget includes forecast of what things will look like in terms of the revenue spending, and the deficit in future years under the assumption that their proposals are enacted. Now, sometimes the proposals are things that people don’t expect to happen. For example, the administration it includes its original cap and trade proposal, and if that passes at all it’s going to be a modified version. So there is some politics there, but if one looks at the economic forecast of the administration in comparison to those of CBO, or to private forecasters, there isn’t any obvious place where the administration is making what one might call unrealistic projections to help their forecasts along.

VIGELAND: What about the rest of us who are not policy makers but hear these kinds of numbers thrown around. And you know, you hear $9 trillion, $7 trillion. What are we supposed to do with that?

AUERBACH: If you look down the road to later years up to 2019, both the administration and CBO are projecting higher deficits. And the most important reason for that is that revenues are coming in slower and are going to be projected to come in slower than previously. And that means that the recovery is not going to generate as much revenue as they thought. So for the longer term the news is bad. That is, the deficits are now being projected to be higher than they were just a few months ago. So is it good news, or bad news? It’s sort of a mixed bag. I think on balance it’s not good news.

VIGELAND: It sounds like when it comes to deficit predictions, it’s a little like the weather in New England. Just wait a minute, it’ll change.

AUERBACH: Yes, but typically for the worse. At least that’s the way it’s been the last couple of years.

VIGELAND: Alan Auerbach is a professor of economics and law at U.C. Berkeley. Thanks so much.

CBO says COVID-19 recovery for the U.S. economy will take about 10 years