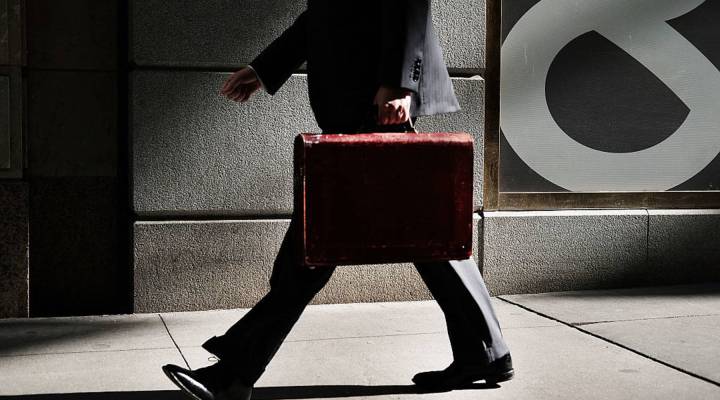 Corporate tax rates are all over the place: for example, the latest Wallethub study shows General Electric pays an effective rate of 79 percent, while Google pays just 16 percent. And corporate taxation has been one of this election’s hot-button issues, with most agreeing it’s time for a change of some kind.

But laying out a stance on corporate tax reform is not like a multiple choice question — it’s more of an essay question, because each proposal has to detail how to deal with small businesses, corporations moving overseas, interest deductions, shareholders, pass-through businesses, inversions, the list goes on. Plus each of the elements interacts with the other.

“I could go on for hours if you want to talk about all the weird things in the tax code,” said Len Burman with the nonpartisan Tax Policy Center. “There’s actually a chicken shit tax credit.”

Just by way of example, he says, there’s a tax credit for farmers who produce energy by burning chicken excrement, and comprehensive reform means dealing with the chicken droppings lobby, among many other special interests.

Republican proposals have focused on cutting taxes and incentivizing investment in the U.S.

Alan Viard, with the American Enterprise Institute, shares a concern a lot of conservatives have.

That would take away the incentive for inversions, where corporations merge with companies overseas and then shift their headquarters’ to avoid higher U.S. taxes. But others want something more like a consumption tax, which is based on where products are used rather than where profits are logged. Alan Auerbach, an economics and law professor at UC Berkeley, has a detailed proposal for something like that, which he says fixes the inversion problem without cutting into revenue.

“It helps us protect the corporate tax base and sort of check out of the race to the bottom,” he said. Elements of this idea are reflected in House Speaker Paul Ryan’s 2016 tax reform proposal, although Ryan would also cut tax rates.

Lily Batchelder, a law professor at New York University, says the left is concerned about that race to the bottom: the idea of cutting taxes without fixing structural problems.

“Democrats tend to think that business tax reform should raise revenue,” she said. Some Democratic proposals address inversions and offshoring by raising taxes on overseas operations, while others focus more narrowly on closing loopholes that advantage large corporations, and simplifying the code for smaller businesses.

I asked Batchelder whether there’s anything people might easily agree on.