Is there a divine hand in the Dow?

Is there a divine hand in the Dow?

Kai Ryssdal: There are a couple of phrases that have being thrown around pretty freely over the past couple of weeks. Crash, of course. Recession, sometimes. Financial Armageddon’s another popular one. It’s a biblical reference. Armageddon is where Jesus and the Antichrist battle it out at the end of world. It’s an actual place, in fact. And as it turns out, scripture says financial Armageddon and Armageddon Armageddon might be related. Then again, they might not be. Marketplace’s Sean Cole explains.

Sean Cole: When the financial crisis really started to take hold, I got to thinking what I often think in times of crisis: that people who already believe the world is coming to an end must be feeling pretty vindicated right now. So, I went to this Web site called Rapture Forums to check out some of the discussions. This was right after the House voted down the first bail out bill and the Dow tanked. Here are some excerpts:

First comment: People, I find it amazing that it would close 777 points down today. The biblical numbers of perfect completion. I pray we are out of here soon.

Second comment: I say praise God, bring it on!

Third comment: I second your statement to praise God. All this is just bringing us closer to being with Him.

The Rapture, if you’re not familiar, is when all of Christ’s followers ascend to heaven. This is supposed to happen before, or after depending on who you ask, a seven-year period of great tribulation. The Antichrist enslaves humanity. All sorts of awful things happen. That’s a long way off yet, but supposedly we’ve already entered what’s known as the end times. So, I thought I should talk to a couple guys who specialize in what you might call end times economics.

Norm Franz: I believe that the fact that the Dow was down 777 points on the eve of Rosh Hashanah it didn’t happen by coincidence.

Norm Franz is the author of “Money and Wealth in the New Millenium.” He writes and preaches a lot about the end times from a financial perspective. He says Rosh Hashanah is all about judgment, and two Mondays ago, God brought the gavel down.

Franz: He’s saying that this world’s financial system is built upon an unrighteous foundation.

Cole: So, it was God speaking to the earth through the stock market?

Franz: Yes, it was God speaking to the nations that what you’re doing is not according to my ways and this is the consequence of your ways.

But in general and in this one case, not all end timers agree on the specifics.

Wilfred Hahn: It would be difficult to just say that, you know, that is a divine intervention in the Dow Jones.

Wilfred Hahn is the CIO of a wealth management company in British Columbia.

Hahn: Although I believe God does have a sense of humor and he’s not above dropping a few hints.

He also publishes the Eternal Value Review–a bi-monthly newsletter about biblical prophecy and money. To him, the crisis is certainly a sign of the times.

Hahn: A sign of the times is very different than meaning prophecy is being fulfilled. But the bible does lay out some clear conditions and events and developments that’ll happen inside the tribulation period and very certainly, that will involve financial collapses.

Paradoxically though, the tribulation is also supposed to involve a unified global economy, with a common currency. You might think all of this is crazy, but it’s not something these folks made up. It’s biblical interpretation. Revelations 13 for instance says no one would be able to buy or sell unless they had the mark of the beast, meaning the Antichrist. Some folks take that to mean we’ll all have tiny, scannable credit cards implanted in our skin. And some folks, thus, think that kind of technology is evil. But Wilfred Hahn says it’s only the Antichrist that’s evil.

Hahn: That individual and groups of individuals working with him will just use the systems that are available to them at that point in time for evil purpose.

Cole: I see. So it’s not one world economy per se that’s bad, but a bad dude.

Hahn: We’re dealing here with the human matters of the heart. What do we worship? Do we worship this late model car that we so love? It being a product of great technology. Or anything else so I think that’s the point we really have to differentiate here is where are our hearts and our beliefs.

In other words, technology is fine as long as it doesn’t take the place of God. And whether you’re a believer or not, maybe now is a good time to ask ourselves what we worship. 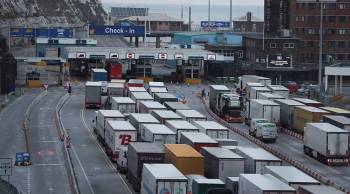