Scott Jagow: The presidential candidates may find it daunting to come up with an economic plan people will embrace. Imagine if they were running for president in Zimbabwe. Inflation there is more than 100,000 percent.

The incumbent, Robert Mugabe, is pushing a campaign theme of “economic empowerment.” He says he’ll give tractors and generators to struggling farmers. And he has another, more dramatic thing in mind. Gretchen Wilson reports from Johannesburg.

Gretchen Wilson: Mugabe has signed a new law that gives black Zimbabweans the right to a majority share in all companies owned by whites, Asians and foreigners. The government will block new investment for firms that don’t comply.

Dale McKinley: For a rural constituency that is so desperate for any kind of socioeconomic progress, it might seem to them that well, we’re going to get a bit better slice of the pie. But it’s also a indication to his cronies and to the elite in Zimbabwe that there can be a new round of accumulation.

Accumulation from private firms such as Australian mining giant Rio Tinto, which owns most of a diamond mine there. Rio Tinto’s Nick Cobban says the company supports moves towards local ownership.

Nick Cobban: Provided it’s done at the right pace and in a way that doesn’t discourage much-needed overseas investment.

But most overseas investment has already been driven out by Mugabe’s past economic policies. 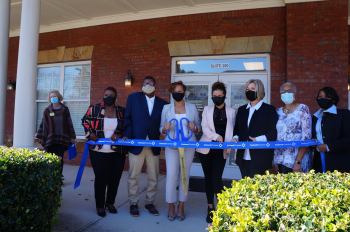