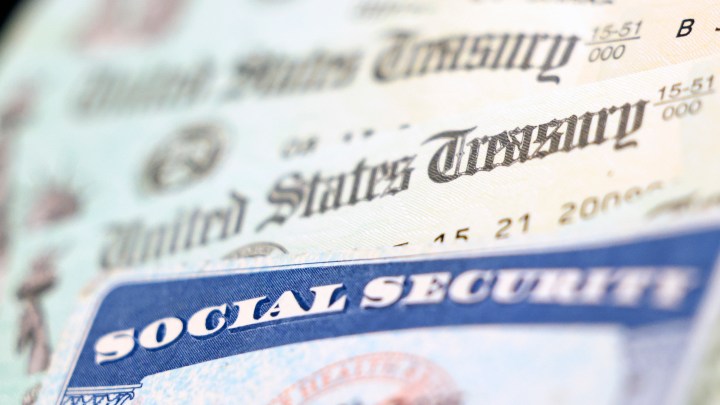 Even with inflation over 8%, John Murray feels like he’s able to live comfortably on the $1,650 a month he gets from Social Security.

He’s been retired for a while now, and for the last couple of years, he’s been living in a basement apartment in Dawsonville, Georgia, where he’s been lucky enough to have a landlord who hasn’t raised the rent. These days, he mostly spends money on food, a couple of prescriptions and occasionally some treats for his grandkids, who live nearby.

“But there’s not anything extra,” Murray said. “So if I had an emergency or something, it would be very difficult.”

The thing he isn’t able to do is save money, but he’s hoping that will change come January. That’s when everyone on Social Security will get a big cost-of-living adjustment — likely almost 9%. That would be the biggest increase more than 40 years.

“That’s hugely significant,” said David Certner, legislative policy director and counsel at AARP. “We know that prices have been rising, particularly food, gas, housing, and this will really help people from falling further behind.”

For most of the last decade, inflation has been low, so the annual increases have been low too — generally just 1% or 2%, sometimes a bit more. For a couple of years, there wasn’t an increase at all. Now that inflation is high, the 2023 cost-of-living adjustment, which should be announced later this week, will be too.

“But I think what’s important is that, over time, the cost-of-living adjustment does a pretty good job keeping up with prices,” Certner said.

The fact that Social Security has an annual cost of living adjustment is critical, he added. Without it, “what would happen is that people’s retirement income would erode dramatically over time.”

About 40% of retirees rely on Social Security for half or more of their income, “and that means half your income is adjusted for inflation. And that’s really important,” said Alicia Munnell, director of the Center for Retirement Research at Boston College.

An extra 8% or 9% will make a difference for many people on Social Security, “but it’s hard when people have to wait for the increases to show up in their benefits,” said Kate Lang, director of federal income security at the nonprofit Justice in Aging. “People are dealing with increased costs, right? That’s not free money, that’s money that they need to pay for their basic living expenses.”

Even though overall inflation has been around 8%, food, rent and energy bills have gone up much more than that.

“My rent is literally almost my entire Social Security check,” she said. “There’s, like, $26 left afterwards.”

Westrand is raising her 10-year-old grandson on her own. She retired from her job at Costco in 2015 when he came to live with her and she couldn’t find affordable child care for the long hours she worked.

Now, with inflation, “it’s hard,” she said. “We have to budget every penny.”

She’s been holding off on buying her grandson new shoes that he needs, and she’s cut back on groceries.

“I don’t buy nearly as much stuff as I did. We’re using more frozen vegetables instead of fresh,” she said. “We use more hamburger, cheaper cuts of meat.”

Westrand is worried, too, that things are just going to keep going up.

And, she added, all of that is going to more than eat up the increase she’ll get in her Social Security checks next year.