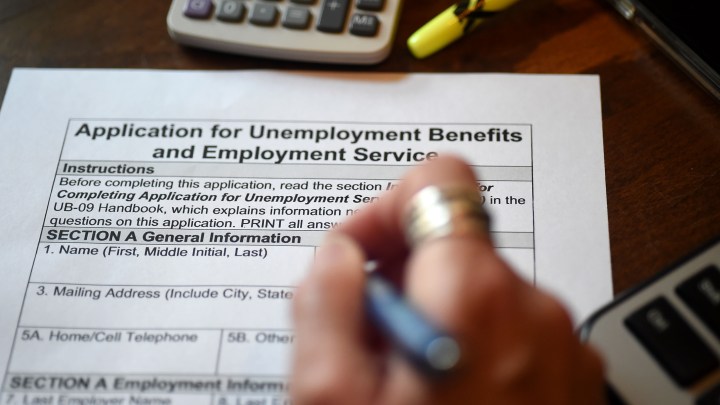 COPY
On average, unemployment benefits for laid-off workers are expected to be much less. Olivier Douliery/AFP via Getty Images

On average, unemployment benefits for laid-off workers are expected to be much less. Olivier Douliery/AFP via Getty Images
Listen Now

The Federal Reserve has doggedly pursued its campaign to bring down inflation with successive interest-rate hikes to slow the economy — including earlier this week.

And with each rate hike, the Fed has ratcheted up its projection of how much economic pain will result —particularly in the form of higher unemployment. The rate now stands at 3.7%.

The Fed now predicts higher borrowing costs and slower economic growth will push unemployment up to 4.4% by next year. That would mean more than a million additional people out-of-work.

“Any time the U.S. unemployment rate increases by over half-a-percent, it’s always fallen into recession within a year. The Fed understands the actual cost, and it’s why they’ve very carefully chosen terms like ‘pain,'” said Joe Brusuelas, chief economist at consulting firm RSM.

If unemployment does start to rise, Andrew Stettner at The Century Foundation said workers will be in for a rude awakening. Federal programs that boosted benefits and eligibility during the pandemic have expired.

“Unemployment benefits on average — less than $400 a week. With food prices and rent so high, it’s going to go a lot less far than during the pandemic,” he said.

And Stettner said due to cuts in state unemployment programs, fewer laid-off workers will be eligible for benefits.