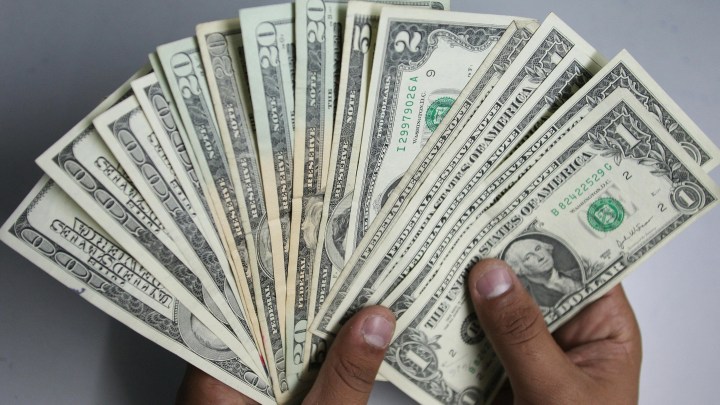 It’s visible at the state and city level, said Alan Detmeister, an economist at UBS who used to work at the Fed. And low unemployment has driven up wages, though not as much as most workers would like.

“If the unemployment rate is high so there’s lots of people looking for work, then employers don’t have to offer wages that are as high. Simple supply and demand,” explains Stephen Cecchetti, professor of international finance at Brandeis International Business School.

Here’s a chart of average hourly earnings, provided by UBS:

“When people are employed getting higher wages, they will tend to spend more money on shelter,” said UBS’s Detmeister.

But that link to inflation generally? Just doesn’t seem to be operating.

“The link between domestic wages and domestic prices is much weaker because of globalization,” Cecchetti said. The economy’s not a cute little self-contained box. We buy stuff from around the world. Prices are affected by things going on out in that world.

Another reason it’s gotten harder to tell when inflation’s going to get out of control is it’s been forever since it was out of control.

“The Fed has been very good at keeping inflation relatively constant since the late ’90s so that inflation doesn’t get into individuals’ expectations,” Detmeister said.

Inflation, having been so stable for so long, doesn’t get into people’s heads — they don’t worry about it, companies aren’t paranoid about it. They don’t change their prices that often. So inflation doesn’t really move much or very quickly.

There’s a range of views on whether the Phillips curve relationship between unemployment and inflation is operating in the background or whether it’s just dormant altogether. Detmeister, for example, said: “The Phillips curve isn’t just a near-term relationship, it’s a longer-run business-cycle relationship, a general guide for the trajectory of prices and wages, and is not a short-term month-over-month or quarter-over-quarter relationship.”

Max Gillman, professor of economic history at the University of Missouri-St. Louis, puts a different spin on it.

Wherever the Phillips curve is, whatever its operation, it appears to have gotten harder for the Fed to tell whether the unemployment rate is too low and whether high inflation is just around the corner. But the flip side is, maybe it’s not so urgent. The Fed probably doesn’t have to worry too much that anything crazy is going to happen with inflation all of a sudden any time soon.