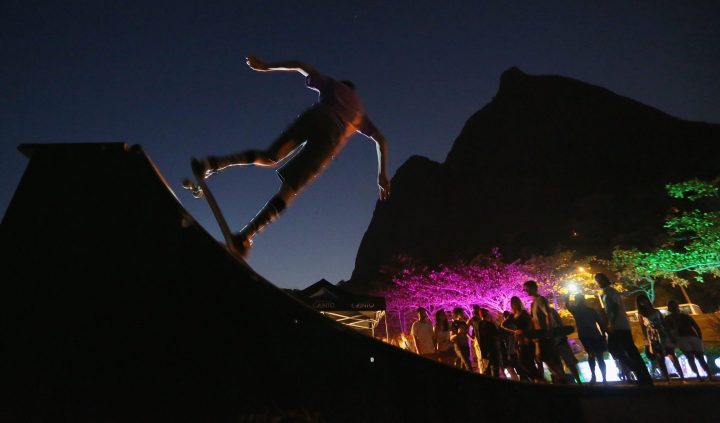 COPY
The Beveridge curve appears when you plot the relationship between unfilled jobs and unemployment — it shows how those two variables move together. Photo by Mario Tama/Getty Images

The Beveridge curve appears when you plot the relationship between unfilled jobs and unemployment — it shows how those two variables move together. Photo by Mario Tama/Getty Images
Listen Now

With new government data showing inflation accelerated in May despite the Federal Reserve’s efforts to slow it down, the Federal Open Markets Committee faces increased pressure to aggressively raise interest rates at this week’s policy meeting.

By tightening monetary policy, the Fed hopes to narrow the gap between the open jobs and job seekers in the economy while keeping unemployment as low as possible.

“Right now, in the labor market, there are two job openings for every unemployed person,” said Federal Reserve Chair Jerome Powell in an interview with “Marketplace” host Kai Ryssdal last month. “In principle, you could moderate demand, reduce demand to the point where job openings move down substantially, and the labor market gets much closer to being in balance.”

Central to that challenge is something called the Beveridge curve.

“The Beveridge curve refers to the observed statistical relationship between the level of unemployment and the number of open job vacancies,” said Veronika Dolar, an assistant professor of economics at the State University of New York at Old Westbury. The curve appears when you plot those two variables over time.

“It’s such a beautiful and also a robust relationship,” said Pascal Michaillat, an associate professor of economics at Brown University. “These two things always move together.”

This isn’t a perfect analogy, but picture a skateboard ramp.

Imagine that the left wall where the skateboarder first drops down is the vertical axis. It’s measured in unfilled jobs. The ground, or horizontal axis, is the unemployment rate. The economic magic happens at that bit where the wall curves gently into the floor.

“What the Beveridge curve tells us is that when you reduce vacancies, your unemployment rate is going to go up,” Michaillat said. “And so, we’re just always moving back and forth on that Beveridge curve.”

In good times, what economists call “expansionary periods,” job vacancies tend to be high — the labor market moves up the steep side of the Beveridge curve. In recessions, when unemployment is high, there are typically fewer open jobs and it slides back down.

“Of course, you have some subtleties, because from time to time, every decade or so, the Beveridge curve is going to shift in or out for reasons that we don’t always fully understand,” Michiallat said.

“The Beveridge curve has been doing some major acrobatics during the pandemic,” Dolar said. “There are all these, like, leaps and bounds and shifts and twists.”

As the economy recovered from the initial shock of the pandemic, employers created jobs faster than workers filled them.

“There was a sharp increase in job openings, which outpaced the decline in the unemployment rate … so the curve also tilted steeply upwards,” Dolar said.

Right now, the ratio of open jobs to job seekers is almost 2 to 1 — there are 11.4 million open jobs and about 5.7 million people looking for work.

Because labor demand — open jobs — is so high right now, our skateboard ramp is very steep, with a soaring left wall. Historically, what the Beveridge curve tells us is that if labor demand goes down, unemployment will go up. But there’s a lot of vertical distance between job openings and the flat bottom of the ramp, where unemployment outpaces job openings.

In a presentation in May, Federal Reserve board member Christopher Waller made the case that this suggests that tighter interest rate policy might not result in as sharp an increase in the unemployment rate as some stakeholders fear.

“Because of the steepness of the curve … what they’re trying to say is that even if firms start to decrease the job vacancies in the future so the number of these postings goes down, it’s not going to have such a drastic impact on unemployment,” Dolar said.