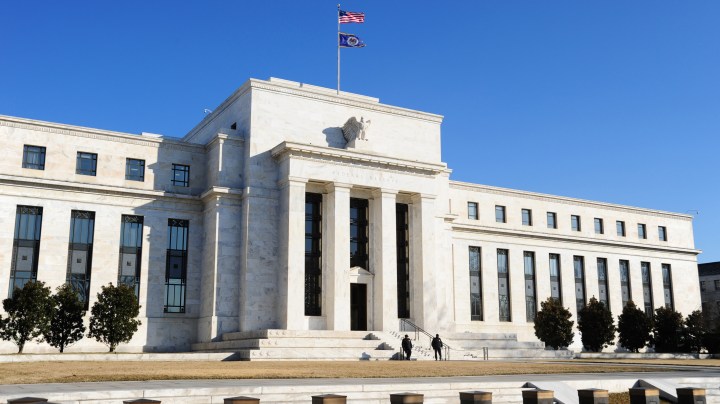 Federal Reserve Chair Jerome Powell was super clear in his speech Friday at the Fed’s big conference in Jackson Hole, Wyoming. He said the Fed won’t waiver in its fight against inflation, even if it causes some economic pain in the process. That’s not what markets wanted to hear: The S&P fell more than 3%.

But this leaves some big open economic questions on the table. If we are in for some economic pain, how long is it going to last? How long will the fight against inflation last? And will the Fed hike interest rates again at its meeting next month?

No one has a crystal ball when it comes to the Federal Reserve. But, Fed Chair Jerome Powell often says “it depends on the data” when reporters ask him what’s next for things like interest rates. And some very important data is coming before the Fed’s September meeting, where it’ll decide whether to hike rates again. First, we’ll get reports on August unemployment later this week on Friday.

“I do think that the jobs numbers will remain pretty strong,” said Ben Ayers,senior economist at Nationwide. “I think we’ll continue to see that the labor market remains quite tight.

The continuing shortage of workers could keep feeding inflation, so that would point to more interest rate hikes, which the Fed uses to cool off the economy and put the brakes on inflation. But it does seem like the cost of living is continuing to come down. Gas prices, for instance, have come down.

We’ll get a look at the latest inflation numbers in a couple of weeks. And Gregory Daco, chief economist at EY-Parthenon, said that August inflation report will show prices for more goods falling: “Used cars, perhaps even furniture, are likely to present some signs of easing inflationary pressures.”

But prices in other parts of the economy, for things like rent, are still stubbornly high. Kathy Jones, managing director and chief fixed income strategist at the Schwab Center for Financial Research, said the Fed wants more evidence of cooling inflation before it eases off the interest rate hikes because, “if they’re wrong and ease too soon then those inflation expectations start to pick up again. It heats up again and then they’re even further behind the curve.”

Jones expects the Fed to keep hiking interest rates at its September meeting, and to take a hard stance on fighting inflation through the end of the year.

“I think that the determination is there to prove themselves,” Jones said. “I know their credibility is on the line.”

And in his speech on Friday, Powell made it clear that data from just, say, a month “falls far short” of what the Fed needs to see before it’s confident inflation is under control.