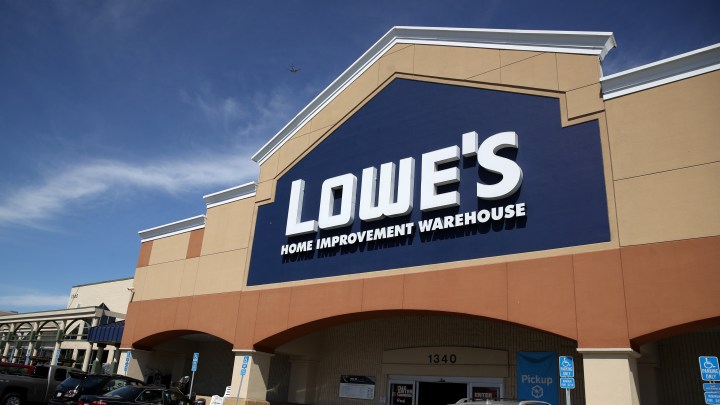 COPY
Lowe's is among the retailers to issue bonds. Some companies think borrowing costs may be higher later on. Justin Sullivan/Getty Images

Lowe's is among the retailers to issue bonds. Some companies think borrowing costs may be higher later on. Justin Sullivan/Getty Images
Listen Now

This has been a big week in the world of corporate debt. A number of big companies, including Walmart, Lowe’s and McDonald’s, have been issuing billions of dollars’ worth of bonds. That money could be used for new investments, refinancing existing debt or buying other companies.

Even though interest rates on those bonds are rising, companies have plenty of reasons to borrow right now.

“Everyone’s back in their seats after their summer vacations. Companies are trying to figure out their end-of-year and beginning-of-next-year borrowing needs.”

And over the last year, Cisar said, corporate borrowing costs have nearly doubled as interest rates rose. Many companies see this September as a last push before rates rise even more.

“I think that there are some companies just worried about, what’s the outlook for next year? Are we going to see borrowing costs double again?” Cisar said.

Or, is the economy going to turn south?

Since profits have been up, companies have plenty of cash on hand, according to Matteo Arena, a finance professor at Marquette University.

But what if a recession happens? “Some companies will start posting losses,” he said. “Even companies that are now very profitable might see a decline in profit.”

So borrowing now can give companies a buffer in case they end up needing it.

The Fed meets again this week. It’s likely to keep interest rates low for a while.