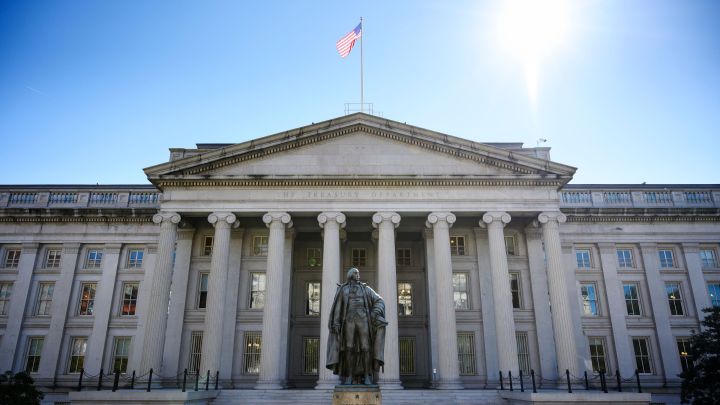 COPY
Bond investors expect inflation to pick up this year, though Fed Chair Powell doesn't expect it to have a lasting impact on overall inflation. Mandel Ngan/AFP via Getty Images

Bond investors expect inflation to pick up this year, though Fed Chair Powell doesn't expect it to have a lasting impact on overall inflation. Mandel Ngan/AFP via Getty Images
Listen Now

Exactly one year ago today, the Federal Reserve announced it would step in to start buying corporate bonds. The market had frozen up during the pandemic and the Fed’s move helped companies borrow money at low interest rates.

And borrow they did — corporate debt hit record levels in 2020. But lately, corporate debt’s been getting a little more expensive.

Investors think about corporate bonds kind of like how they think about government bonds: If you’re going to lock up my money for years, you better pay me enough interest to make it worth my while.

“They want to be earning a rate of return that is higher than expected inflation,” said Winnie Cisar, managing director and head of credit strategy at Wells Fargo.

She said many investors expect inflation to pick up this year. People are likely to spend more. And that spending could drive up prices. Not just for regular consumers but for companies, too.

Those expectations are causing corporate bond yields to rise, but they’re also signs of an improving economy, according to Kathy Jones, chief fixed income strategist at Charles Schwab, which underwrites Marketplace.

Jones said corporate borrowing costs are historically low. And even though they’re currently rising, “That shouldn’t be an impediment to them investing and continuing to grow the business.”

The concern, said Steven Davidoff Solomon at UC Berkeley, is if rates continue to grow into next year, or the following.

If rates get too high, “companies won’t be able to borrow as much to fund projects, investment will slow because investment becomes more costly,” he said.

Fed Chair Jerome Powell said today, although he expects prices to creep up this year, he doesn’t think that will have a big or lasting impact on overall inflation.