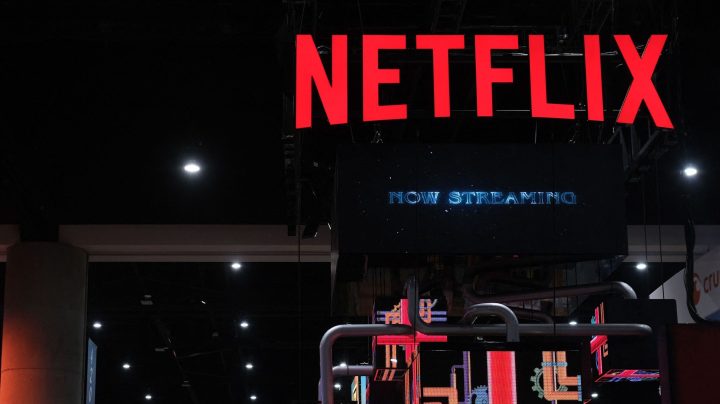 COPY
Nearly 90% of U.S. households have a subscription to a streaming service, but not all areas have the bandwidth to support high levels of streaming. Chris Delmas/AFP via Getty Images

Nearly 90% of U.S. households have a subscription to a streaming service, but not all areas have the bandwidth to support high levels of streaming. Chris Delmas/AFP via Getty Images
Listen Now

We heard from the ratings company Nielsen this week that in July, for the first time ever, people spent more time streaming shows than tuning in to cable TV. Nielsen said streaming grew more than 22% over the last year, while cable fell almost 9%. Part of what’s going on has to do with the sheer amount of original content that you can only find on streaming services.

But as streaming continues to grow, the industry will have to overcome a number of obstacles. One is how to win over more customers, especially given how many people already subscribe to a streaming service.

“The streaming category is already at close to 90% penetration of U.S. households,” said Hannah Avery, consumer insights director at Kantar.

Consumers are also getting choosier about which services they want to spend money on.

Mike Proulx at Forrester said that’s why companies have been bundling services together.

“You look at deals being made with Netflix and, let’s say, Xfinity being bundled together in some cases, or Disney+ coming with your Verizon,” he said.

Another obstacle for streaming companies is bandwidth.

Craig Moffett with the research company MoffettNathanson said if you’re watching the Super Bowl on cable TV, it doesn’t really matter whether another 100 people tune in.

Moffett said it’s a big issue in many rural parts of the country where internet service isn’t that great.

But Christopher Mitchell at the Institute for Local Self-Reliance said a lot of smaller and community-owned companies in more rural states have been stepping in.

“One of the things we’re seeing is that some of those states, like Mississippi and Arkansas and Missouri, they’ve been making historic investments through electric cooperatives,” he said.

And after the pandemic created even more demand for streaming, Mitchell said, many of those upgrades have been expedited.

“They did upgrades in six months that they’d been planning on doing in 18 months or two years,” he said.

As a result, Mitchell said, people in rural areas will be able to binge watch more shows in a few years.