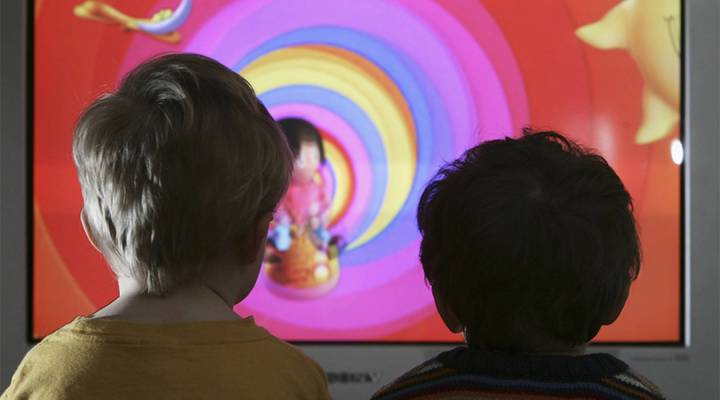 COPY
"The cost of going out is substantially more expensive for most people than the cost of paying for another video streaming service," says Brian Wieser, senior analyst at Pivotal Research Group. Peter Macdiarmid/Getty Images
Marketplace Tech Blogs

"The cost of going out is substantially more expensive for most people than the cost of paying for another video streaming service," says Brian Wieser, senior analyst at Pivotal Research Group. Peter Macdiarmid/Getty Images
Listen Now

In 2019, media giants Disney and Warner both plan to enter the streaming service fray, as if there weren’t a whole lot of on-demand content options already out there. Streaming has definitely disrupted the way we watch TV. But it doesn’t always lead to more savings for our wallets. And some of the predictions about cord cutting — people abandoning cable to just watch on streaming services — may be overblown. Marketplace’s Jed Kim talks with Brian Wieser, who focuses on media and advertising as a senior analyst at Pivotal Research Group. The following is an edited transcript of their conversation.

Brian Wieser: There are certainly people who have chosen to eliminate their traditional cable service and solely rely on over-the-top services, but that’s a minority of the population. The majority are maintaining their existing services and they’re adding new services.

Jed Kim: Disney is starting a streaming service, Warner Media is getting into it, too. With all this competition, shouldn’t that mean better prices for consumers?

Wieser: I don’t know why more services would mean better prices if consumers are exhibiting a willingness to pay, which they are. In life or in business, we don’t make decisions because they’re good or bad, we make them because they’re better than the next-best alternative. The next-best alternative I might suggest, when it comes to video-based entertainment, is going out, seeing other human beings, spending money on a babysitter as well. The cost of going out is substantially more expensive for most people than the cost of paying for another video streaming service. And I think that helps explain why there is a sustained increase in total spending on video-based products.

Kim: Well, sticking with money, what about advertising? Because a lot of the streaming services don’t feature advertising.

Wieser: Broadcast TV still reaches almost everyone across almost every age group. So broadcast television has retained if not expanded its relative value to advertisers because if you do cut the cord, or if you’ve never had multichannel service, you almost certainly have access to broadcast TV. Right? You put up rabbit ears. So to the extent that advertisers can still reach more people with a campaign that runs on network TV than on essentially any other medium, in a world where reach is the first metric that you use to assess where you should prioritize your campaigns, network TV holds up pretty well.