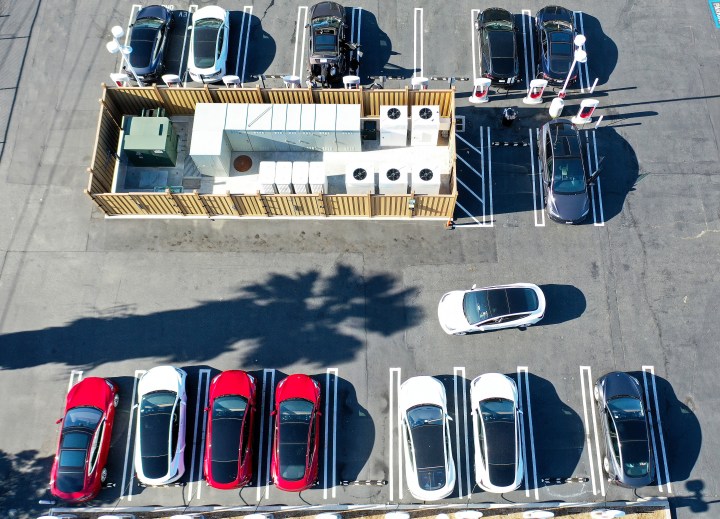 COPY
The new bill would offer tax incentives for electric vehicle purchases to people who make $150,000 or less annually. Above, a Tesla charging station in Pasadena, California. Mario Tama/Getty Images

If the bill passes as is — and there’s still a way to go on that — Democrats say that by 2030 its policies would cut greenhouse gas emissions by 40%.

The bill includes $369 billion to battle climate change. Most of that money is to help fund the clean energy transition. Lots of it will be in the form of tax incentives for wind and solar, battery production and clean manufacturing and to help anyone making $150,000 or less annually to buy a new or used electric vehicle.

This matters because transportation is currently the biggest source of emissions in the U.S.

“So it’s really important to help everyday Americans get into cheaper and cleaner electric vehicles,” said Leah Stokes, a professor at the University of California, Santa Barbara.

She said the tax credits in this bill would go a long way toward doing that.

“It’s going to make EVs probably cheaper than a new gas-powered car,” Stokes said. “EVs are already pretty much cost competitive with gas cars. So with this tax credit, it’s going to make it even more affordable.”

Right now, though, it can be hard to find an EV to buy, said Adie Tomer at the Brookings Institution

“There’s just not enough of the models, both on production lines but also available on the lots,” he said.

But, Tomer said, the tax credits and other funding in the new bill, plus all the money for electric vehicles that passed in the infrastructure package last year, should help with that supply problem.

“We are making significant investments on the production side for EVs,” he said. “So if we can use the incentives to actually increase demand for them, we have a real chance to get more of these cleaner electric vehicles on the road.”

And as the number of EVs on the road goes up, the need for charging stations does too.

Gil Tal at the Electric Vehicle Research Center at the University of California, Davis, said more chargers are popping up all the time.

“There’s a lot of federal money, state money and private money that go into the charging infrastructure,” he said. “And it’s changing fast.”

The Department of Energy says more than 49,000 charging stations are available around the country.

Plus, Tal said, a lot of people can just plug in to any old outlet at home.