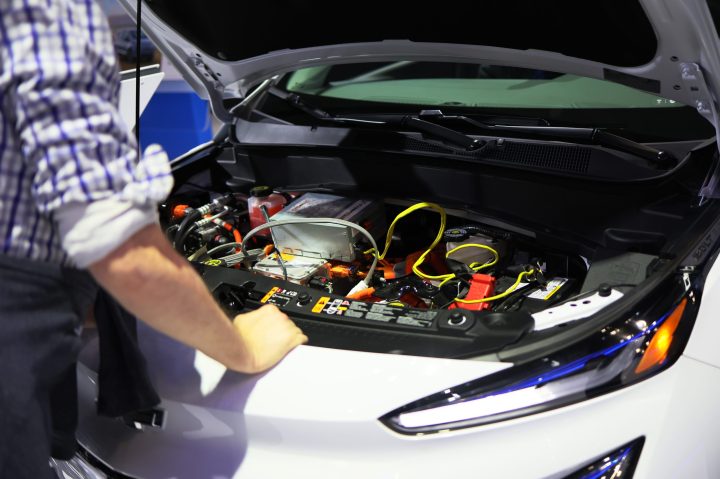 The climate-change provisions in the Inflation Reduction Act – passed by the Senate and to be considered by the House later this week – include a lot of financial incentives to jumpstart electric-vehicle sales and production.

But there are also some alarms being sounded about the new measures. Seth Goldstein, an analyst at Morningstar, said there’s a key requirement that will need to be fulfilled in order for an electric vehicle to be eligible for that $7,500 tax credit.

“Everything has to be assembled in the U.S. or a country with a free-trade agreement. So it incentivizes a domestic EV supply-chain from the mine to the vehicle,” he said.

Final vehicle assembly won’t be a problem for the big domestic producers — most Teslas, GMs and Fords roll off assembly lines in the U.S. But EV batteries are another matter, said Garrett Nelson at CFRA Research.

“The key materials used in EV batteries — a lot of those come from China, the Congo, countries with which the U.S. does not have free-trade partner status.”

We don’t assemble most batteries here, either. Nelson says under the bill, 70% of the EV models now for sale in the U.S. “become immediately ineligible for the federal tax credit. And then starting in 2024, when the additional battery-sourcing requirement goes into effect, none of the EVs would be eligible.”

A consortium of EV-makers has warned that the new domestic-content provisions jeopardize the industry’s target that electric vehicles will make up 40% to 50% of new vehicle sales by 2030.