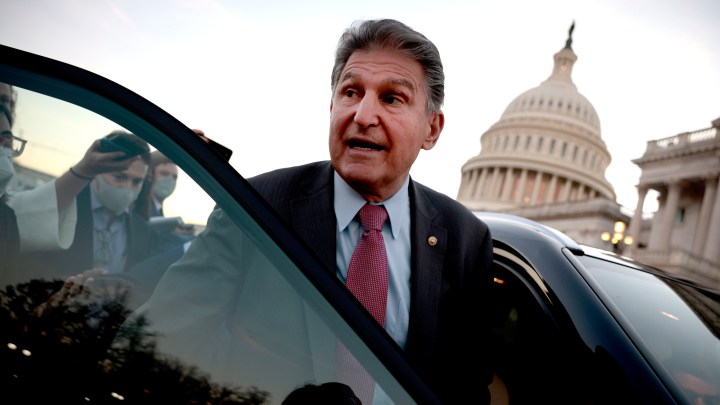 A sweeping $433 billion dollar package in the Senate aims to address climate change and the U.S.’s role in fighting it, along with health care. If he can get the votes, Senate Majority Leader Chuck Schumer has said it would be “the greatest pro-climate legislation” ever passed by Congress.

That outcome appears within reach now as Sen. Joe Manchin, D-W.Va., a longtime holdout, offered his support. Manchin announced that he would back the legislation Thursday after previously raising inflation concerns.

The Senate package includes a wide array of incentives that would help the U.S. reduce greenhouse gas emissions that contribute to global warming. It also would ramp up investments in renewable technologies and goes further by creating a new tax credit for batteries that help store energy.

“I think that’s really important,” said Michael Wara, who directs the Climate and Energy Policy Program at Stanford’s Woods Institute for the Environment. “As we put more wind and solar on the grid, we need some form of energy storage to provide the ‘always-on’ electricity that everyone expects.”

While the deal came as a welcome surprise to many climate advocates, it includes concessions that helped get Manchin on board, like the sale of new oil and gas leases in the Gulf of Mexico and off the Alaskan coast.

Those worry Billy Fleming of the University of Pennsylvania, who says the bill’s support for more fossil fuel extraction could end up canceling out some of the advances the package makes in the fight against climate change.

“The lease structure here seems to say that, you know, any offshore wind project that gets permitted or authorized in the U.S., kind of going forward after this passes, would have to be offset with an oil and gas exploration lease of comparable size,” Fleming said.