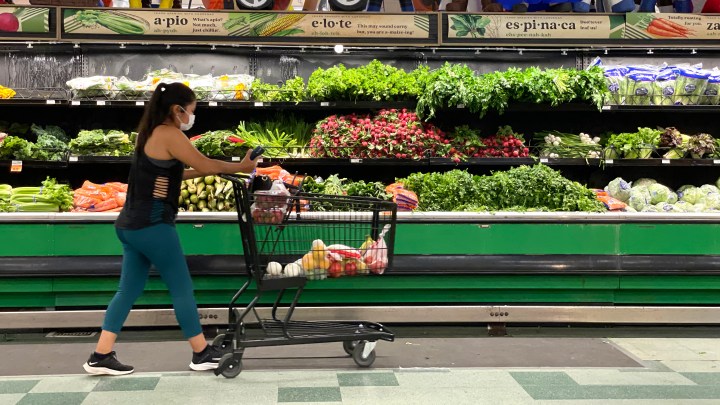 Around a dozen states are handing out tax rebates to residents who qualify. Some states are calling them inflation relief checks and every state is handling them differently.

It’s easy to compare these state programs to those federal stimulus payments we got at the beginning of the pandemic.

“‘Stimulus’ — I don’t know that I love that word in this context,” said Joshua Hausman, a professor of public policy at the University of Michigan.

“This is not a good idea if you care about inflation, because the way inflation falls is for people to spend less, and so sending them money does exactly the opposite.”

A few states handing out a few hundred bucks won’t increase the price of gas or groceries. But if a bunch of states do this, it could have an effect on the economy. These programs should target recipients, according to Dan Wilson, an economist at the Federal Reserve Bank of San Francisco.

“They want to give as much money as possible to the groups that really need it at the moment, but limit the total amount of money that’s going out in order to limit the fuel they’re throwing on the inflation fire,” he said.

States are in a good place to do this, Wilson added. They have local data about cost of living, wages and household savings.

Still, it would make more sense to increase SNAP benefits and child tax credits instead, said Wendy Edelberg, an economist at the Brookings Institution, or maybe pay in installments.

“Sending people big checks gives us a higher probability that they’re just gonna go out and increase their spending all at once,” she said.

In reality, though, governments don’t have the resources to coordinate all this, Edelberg said. “More cynically, I’m sure they want the help to be salient,” she said. “That’s just the nature of politics.”