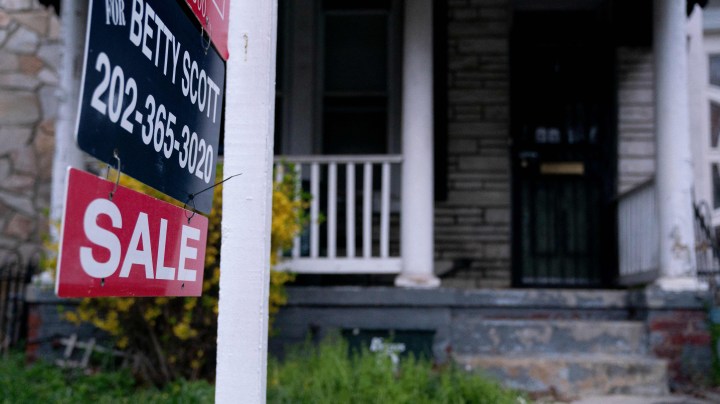 COPY
Housing inequities in the U.S. are a result of redlining and predatory lending. Stefani Reynolds/AFP via Getty Images

Housing inequities in the U.S. are a result of redlining and predatory lending. Stefani Reynolds/AFP via Getty Images
Listen Now

On Tuesday, we’ll learn how existing home sales fared in May. They’ve been falling in recent months, thanks to high prices and rising interest rates.

Freddie Mac and Fannie Mae, the government-backed mortgage corporations, recently released plans aimed at reducing housing barriers in underserved communities — particularly for Black homeowners and renters. The plans include pilot projects meant to build up people’s credit histories and counseling on how to buy and maintain a home.

That’s because of the lasting impact of redlining and predatory lending. Georgetown law professor Sheryll Cashin is the author of “White Space, Black Hood: Opportunity Hoarding and Segregation in the Age of Inequality.”

“Black people have less wealth and less money to bring to the table when they’re trying to buy a property or rent a property,” she said.

Fannie Mae and Freddie Mac say they’ll test programs that offer help with down payments and alternatives to security deposits.

Cashin said the idea is to help Black Americans build wealth — “which is a direct way of making up for a really awful legacy of anti-Blackness in housing that continues today.”

The Black homeownership rate in the U.S. is 42%, according to Fannie Mae. Among whites, it’s more than 70%.