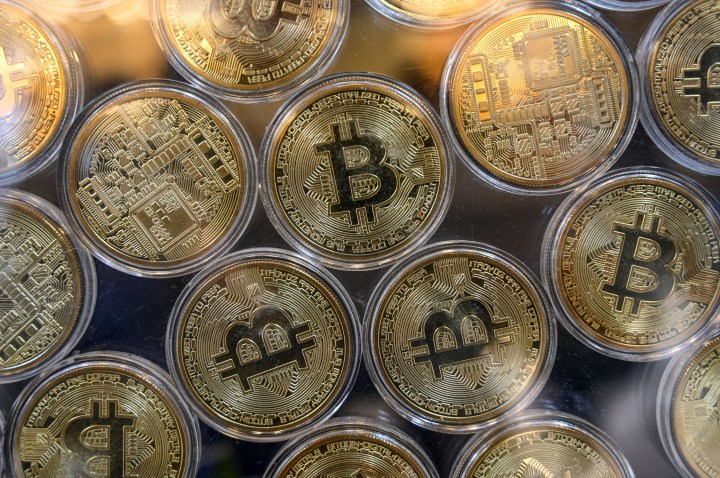 Bitcoin has dropped to its lowest level since December 2020. Ozan Kose/AFP via Getty Images

Bitcoin has dropped to its lowest level since December 2020. Ozan Kose/AFP via Getty Images

Coinbase, the cryptocurrency exchange that commanded the attention of millions back in February by spending $14 million on Super Bowl commercials, is downsizing.

The company said Tuesday that it will lay off 1,100 employees, roughly one-fifth of its workforce. In a letter to his staff, CEO Brian Armstrong attributed the widespread job losses to overhiring and the looming possibility of a recession.

“We believe the targeted resourcing changes we are making today will allow our organization to become more efficient,” Armstrong wrote.

The news follows a crypto shake-up over the weekend, when $200 billion was wiped from the cryptocurrency market. Its total market capitalization is now less than $1 trillion. The crypto lender Celsius Network stopped withdrawals from its system Sunday, which is what precipitated the crash, explained Jim Angel, an associate professor of business at Georgetown University.

It’s been a rough period for cryptocurrencies, which have declined to record lows.

TerraUSD, a “stablecoin” built on the premise that one coin should always be worth $1, slumped below that threshold in May. Meanwhile, the value of bitcoin has dropped below $22,000, its lowest level since December 2020.

In a 2021 ad for Crypto.com, star actor Matt Damon proclaimed: “Fortune favors the brave.” The financial news site Finbold said that if you bought $1,000 worth of bitcoin when that commercial came out, it’d now be worth $375.

Some investors have seen their life savings disappear because of the losses.

Several macroeconomic trends have affected these digital currencies, undermining their promise as inflation hedges. Angel pointed out that the S&P 500 stock index has dropped more than 20%, consumer prices are at historic highs, supply chain shortages still abound, and geopolitical conflicts rage on, like Russia’s invasion of Ukraine and China’s military threats over Taiwan.

Market declines and rising interest rates mean people have less money to invest in cryptocurrencies, while others have soured on the currencies’ outlook and reduced their holdings.

Angel said people are realizing that crypto is riskier than they thought.

“You have to ask yourself the question: ‘Ten years from now, what am I going to do with that token?’” he said.

He pointed out that with other tech companies like Apple and Google, they’re producing actual products and you can see that they’re generating earnings and cash flows.

While proponents of cryptocurrency have touted the lack of regulation as a selling point, Angel said the rules that govern financial markets are in place for a reason.

Going forward, Angel thinks the dodgier, more speculative cryptocurrencies will fall by the wayside. He added that as cryptocurrency matures, it will inevitably be integrated with the traditional, regulated financial sector.

He said many rules should be put in place, including basic protections to ensure that fraudsters don’t rip off consumers, financial stability regulations that prevent intermediaries from collapsing, and tax compliance mandates that make people pay “their fair share of taxes on their profits.”

He’d also like to see more truth in advertising, he said, so people are better informed about what they’re buying.